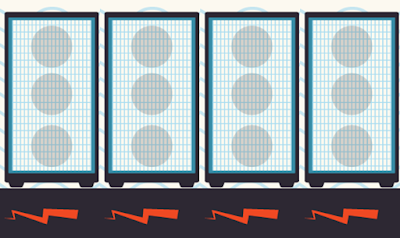 It's been years since I felt this enthused by the local Detroit music scene. Even then, when I was younger, it felt more naive in a way; or it felt like it was a scene that could only sustain itself if it showed up to is own shows.


When I drove or walked around Hamtramck the last two (really three...) nights, there was a steady stream of folks out on the sidewalks, striding to the next venue, populating the stoops of each bar's entrance to smoke a cigarette before the next band, only to flow back in and swell the place back up with bodyheat. There were several bands that I could only hear because I could only sardine my way into the back of a throng of music fans...Or, I'd winnow my way right up to the front to have both ears happily blown out by PA's, fuzz pedals and punched snares. I enjoyed this variation of perspective: I either got right into the belly of the beast and had front row positioning to where I was 3 ft from the performer, or I hung real far back like a sportscaster in the high seats, looking forward at a mass of enthusiasm.

Rather than write a review where I trace my own breadcrumbs back from venue to venue and list off the bands I saw, I'd rather just channel the almost giddy vibes lingering post-Hamtramck Music Fest into an appreciation for the people-powered-nature of the whole shebang.

Not only was this 3-day fest run by a grassroots group of volunteers who operated free of corporate-sponsoring, they coordinated 25 venues and 200 plus bands toward the purpose of raising funds for a music education non-profit (Ben's Encore). And that goodwill vibe of allegiance radiated from each of my encounters; this could be laid back, this could be free of cliquey competitiveness, this could be about more than my band or your band, this could be more about what Detroit music is or isn't... It could be about us. Or it could be about anything. But damn it, if it wasn't about enthusiasm...

The tent was bigger than ever...And there were a lot of signature sounds and curious new characters interacting under the HMF big top. Cheers to the team that through this event. Cheers to Hamtramck. Cheers to all the bands. See you next year.

http://hamtramckmusicfestival.com/#/
Posted by jeff milo at 4:30 AM