The Muggs - 6 to Midnite

Whenever I interview Danny Methric (Danny "Muggs"), we usually spend half the time talking about horror films. Now, we're typically supposed to be talking about his band, The Muggs, and their music, a storming freight traing of fuzz-fogged blues and elastic cyclone psychedelia, but we instead start talking about Mario Bava or George Romero or Dario Argento... DIRECTORS... 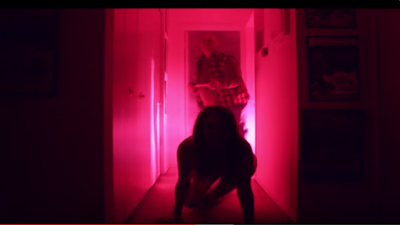 The dude's a horror aficionado...and that's putting it lightly. It was only a matter of time before Danny became a director himself, along with William Hynde.

Danny Muggs assembled a rag-tag crew of regional ragamuffins for an impressive witch-hunt / demonic possession / home-invasion / psychological thriller kind of trip, all set to one of their most comprehensive jams to date, "6 to Midnite." Enjoy.

Explore... The Muggs - Straight Up Boogaloo
Posted by jeff milo at 4:30 AM