The Music of Mike Galbraith 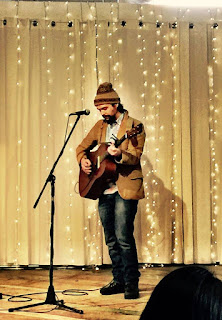 Mike Galbraith is a modest dude. He probably doesn't even want me writing about him. What you, in the audience, may experience as flashes of brilliance during the Detroit-based singer/songwriter's subtle yet spellbinding spill of blunt emotion during live sets, he may not even be registering fully, he may, yet, still be longing to edge himself upwards to some ever-elusive foremost level of proficiency.

"...just trying to keep getting better," Galbraith says when I ask him about his future plans. "And to keep focused."

But when I tell him he appears as though he gets into trance-like states when he performs, eyes closed, almost as if the world around him fogs away and there's nothing else but the song...he responds that he's aware of that tendency of his and that "...it started happening pretty early on" when he'd perform.

"What I might lack in talent or ability, maybe, I felt I could catch up with on enthusiasm; getting into a song. That was always what I responded to when watching musicians or listening to music. I tried to teach myself how to write songs along the way and how to be a better singer. But, getting into it? Just physically? Emotionally? That was always there."

Galbraith first picked up the guitar when he was 15, beginning a self-taught regiment of scanning through books with chords. He says that his lyric writing happened almost simultaneously. He followed muses like Teenage Fan Club and the Replacements for their pop sensibilities, but also leaning towards the gruffer songwriters who brought their own mystique and murk, like Tom Waits, Neil Young and Dylan. He worked with a full band through college (CMU), but when that fizzled after graduation, he moved out to Chicago...

...only to return to Detroit in 2008. "I was starting to feel the energy around here," he recalls, "and started digging into some of the new bands here working in folk and Americana. I came back, at that point, but didn't have any intention of staying." We should also point out that, at this point in the story, Galbraith had taken a full two years off from performing music. He was still working on songs, but only sporadically. Detroit's open-mic scene, it turns out, would reinvigorate the bard in him.

"I came back to Detroit but had no intention of staying. I thought maybe I'd take my music to somewhere like Austin or Seattle. But when I started playing around town again (2009), it was at open mics like at Xhedos in Ferndale or the Plymouth Coffee Bean or Trixie's... And the bands there became like a scene onto itself. That's how I met other great singers like Emily Rose and Anthony Retka and Audra Kubat. I felt apart of something again. It felt comfortable; I felt embraced and energized." He also namechecks John Freeman and Matt Fredericks, along with the talented guitarist James Anthony, who has begun joining Galbraith on stage for live sets, lately.

Over the years, Galbraith has been performing his music around the expanse of SE Michigan. He's begun honing his sense for the quieting swoon of a last-call's bleary lullaby, or a bloodshot winter morning's melancholic pop poem, or a more vigorous, rock-tinged tussle. He's released a handful of recordings online and is currently figuring out just what to do next... 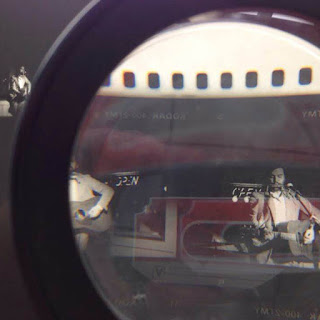 Last December, he released a handful of older songs that are, themselves, still new to any audience first encountering him.

You can listen to Finster here... "Recorded on a cold December night..." three years ago... by Jim Diamond at Ghetto Recorders.


"Over the years, I might not have known quite what I was doing, like in the early days when I was obsessed with Paul Westerberg. But, since coming back to Detroit, I've found a spot for my voice and I do feel I've figured out how to pick my spot stylistically, as a player, and dynamically as a performer, ya know...when to be quiet, when to be loud, when to pull back from the mic. I still don't feel like I've truly found it...but..." Just as I'm thinking that he'll never be satisfied he admits his favorite Replacements' song was, indeed, "Unsatisfied."

He says he responds to the performers who go for it; who aren't afraid to get a little ugly with their voice, but also fall back into a realm of fragility. The singers who show you what their capable of... And that's just what Galbraith does on stage, often to stunning effect. Not that he'll notice it himself, though, as it happens.