Exerpts from a recent interview with Ypsilanti-based baroque-pop quintet - The Juliets, as they finish up work on their debut full-length, Parade, for a February release. (You can read the full interview in the Wasthenaw-based print magazine, Current - or online at ecurrent.com) 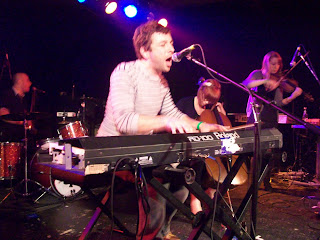 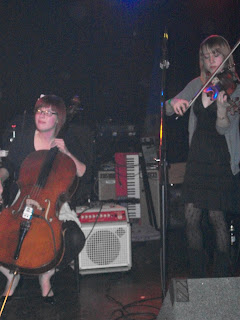 Freer and Masson’s longtime collaboration flourishes, in the studio and on record, pounding through stately waltzes on keys and drums with their mellifluous wispy harmonies as Mitchell and Myers weave and saw in mesmerizing moans.

Freer said the recording has felt a very natural process, aided invaluably by the rich chemistry and years’ worth collaboration between him and Masson. “It’s a strong collection of people that are virtuosos and songwriters in their own right,” said Freer, noting that even if he’s the “central” songwriter, Masson and Donolan are both gifted writers and that a song’s fruition is bolstered by the classically trained talents of Mitchell and Myers. “Most art is born out of a need for selfish release or an egocentric desire to create something beautiful,” Freer incants, reflecting on their bond, but, “…with collaboration, it becomes a giant psychic parade, which is usually a lot more f*cked up and interesting.” 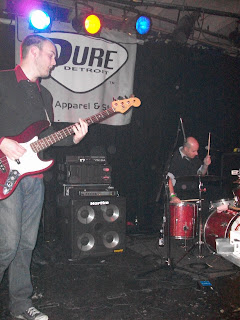 Freer said having Masson (who has an ear for pop-songwriting, as well as recording/”sound design”) come on as co-producer was a no brainer; “…a love for soul and classical music is something that is huge between us.” Speaking of their shared sensibilities, Freer stumbles onto a phrase that aptly sums up the unique invigoration of a Juliets set, or recorded song, “…the delicate sense of melody as well as the desire to knock people down and make them move a little.”

He stresses, “Both Mitchell and Myers are the badasses of the band,” noting his awe at Mitchell’s blend of aggression and melancholic beauty, and admitting Myers to be “the lead guitar player” of the band. Adding, "I'd rather hear her wank off then any of these little boys on guitar. Me, Scott and Kip have been in the same circles for years. The familiarity with each others musical progression has made working together that much easier. I feel like I could start any kind of band with these people and would be could. We could start a Tom Waits cover band if we wanted to. We could start a Lady Ga-Ga cover band if we wanted to. We could start a T.Rex cover band. Whatever gets our rocks off."

Going back to that balance of "delicate" and "knock-down," and the richness brought by shared sensibilities as well as unique perspectives, Freer said, "I mean, shit, Motown could make you cry, move and escape into wonderland all at the same time. Thats what we want out of music and thats what we hope to bring."

Finally, "We will be giving (Parade) away as a free download in February (info). We just decided that if we were going to take the time to record we might as well go all the way. Plus Scott says the he doesn't believe in e.p.s He says they are for the weak of heart."
~