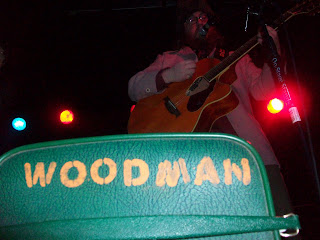 
It had been a while since I could make a nice tear through the town and get a good sampling of bands - Friday, DC visited the Majestic Cafe to partake of Oblisk and Oscillating Fan Club (below: the first is developing/performing new material, while the second has something on the way this Spring). 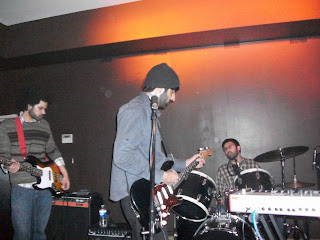 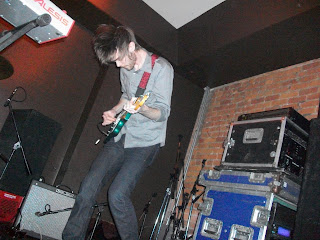 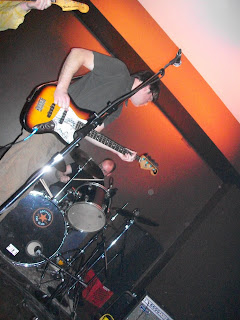 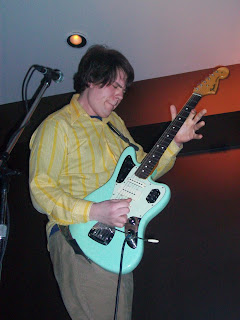 Saturday, flanked by the burly bearded dads with their kiddies perched on their shoulders and teenage girls all wandering back to their street in some horrific Bermuda Triangle cluster fuck of activity creating a moat around the Detroit Music Hall (unfortunately missing DC favs like Mick Bassett & the (new) Marthas, Electric Fire Babies and Blase Splee - for MCB's 5th) - our transport had no recourse but to swerve around (nearly crashing into pedestrians) and regroup in the quieter, danker haven of Hamtramck, where we could see one of the strongest sets of the last calendar year, devastatingly performed by The Rue Moor Counts - followed by the new material showcased by Electric Lion Soundwave Experiment - fresh off their stint as the Wonderland house band, The Glass Orphans
Next, over to Small's where the camera caught Woodman's inspired set, as part of their 7" release party. 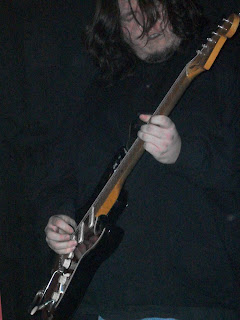 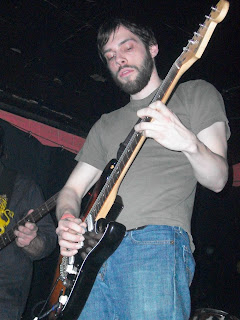 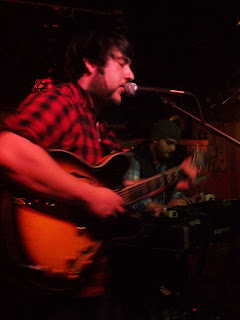 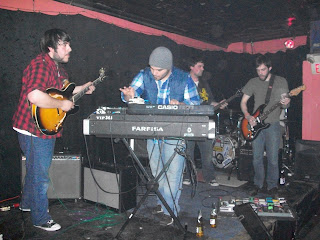 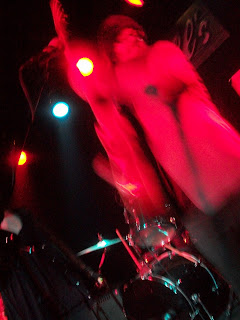 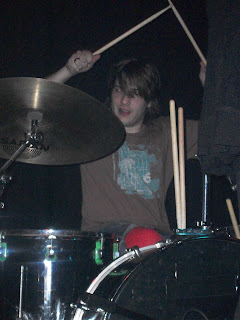 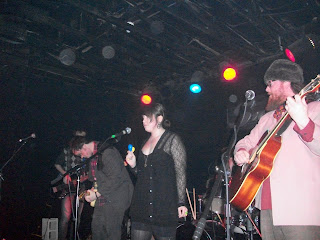 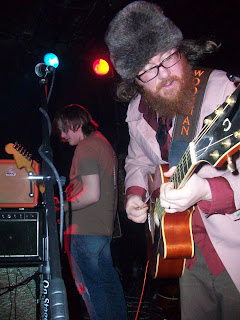