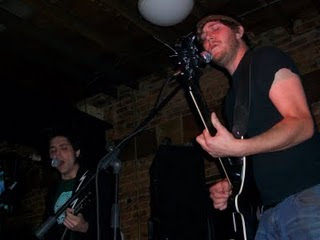 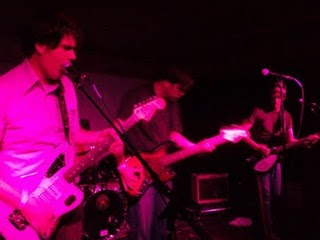 Guitarist Ray Thompson and his valliant electric blue Rickenbacker grace two different stages with two different bands this weekend - via the opening slot his band, Pigeon, (pic#1) will play for the release show (at Small's in Hamtramck) for vibrant space-folk family band Woodman / and soulful psychedelicized-blues-pop of High Speed Dubbing - (both bands release, respectively, a 7" (pictured below) and a cassette - on LocoGnosis) - but then, back to the Rickenbacker - you can see it shine the night before said-affair, at another concert - this one featuring Thompson's other (more long standing) project, The Oscillating Fan Club (pic#2) - as they host a nice, cozy, feedback heavy winter get-away of psyche-pop, psyche-rock and psych-o-horrorshow hoorahs, joining Oblisk and Lord Scrummage in the Majestic (Theatre) Cafe!
P.S. - The Oscillating Fan Club recently finished up their 2nd full length LP - (tentatively titled Barn-Burners & Lullabies) -with Jim Diamond - all that touch up stuff, like mixing and mastering is yet to be done - so don't expect anything until around May-Day-ish. But, rest assured, it'll be on vinyl - with either some mp3-capabilities or maybe some "old fashioned" CD's...we'll see...But that's much later...
till then - you can hear whatever songs might wind up on said-album at the Cafe, 1/15 - and then, actually get present-day/physical-vinyl, from Woodman, at Small's... 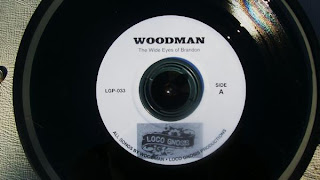