Honestly...
Some people deal with statistics. Their weekdays drain by... Some people have to worry about stocking their office supplies, their paper clips, their ink jets. Some people live for coffee breaks and smoke breaks and sit in awkward break rooms in uncomfortable dress wear from Target... eating cheetos...

You think their facebook-profile's listing of Supino Pizzeria as their record label is some tongue-and-cheek, absurdo/esoteric Internet quip?
No, indeed... That's the chosen moniker for their self-releasing efforts. Will it be sustained as their own personal flagship label? We'll see... Since, Butterfield, there's a whole "EP's worth of new material, in-utero," waiting to come out after this album...Maybe there'll be another Supino slice? Perhaps some fateful label will start to tune in to their fierce, rickety flares of fuzzed-funk and sweat-sopped indie/soul... Maybe anything! Oh, Internet, and your numerous options and avenues... 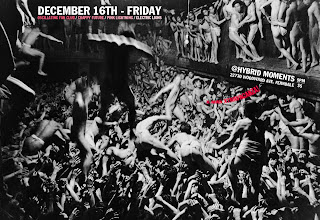 "We're currently adding some finishing touches to what will be our first full length," said Butterfield.


The song streaming above came out at the start of 2011, via their debut EP, First Rodeo, a valiant, if somewhat rough tumbler of songs, surging with inspiration and girded by the camaraderie of five fatefully-brought-together-dudes upon the stoops of Eastern Market's borders. They've been working on the follow up through the late summer and early fall but were tripped up by a couple of things, first being guitarist Matt Paw's departure, and second being the time spent learning an entire set of Michael Jackson cover songs for a Halloween set.

"One downfall of the Michael Jackson set," Butterfield begins, and I love that his phrasing suggests that there's more involved in that particular sort of tricky business, "is that it postponed development on the record...but there's a revived focus now!"

Revived focus! And a new band member. The Ashley's singer/guitarist Tom Bahorski has stepped in, bringing his bluesier, classic-rock/punk mutations in where Paw had once wrought a more funked-up space rock sensibility. We'll see...

Energy is key with this band...The band's very much run like a baseball team, if you're not hustling, if you're not swinging...not throwing the heat... then you're benched.

"We like to entertain," Butterfield continues, speaking to the live show. He, himself, is inspired by a curious mix of stand-up comedians and post/punk new-wave freak-out trailblazers like David Thomas (of Pere Ubu) - "Enhancing that live experience is key...There's also a hope that you'll be seeing us with horns, quite a bit."

Aside from helping to organize the Urgh! A Detroit Music War concert film, last June at the Lager House, Butterfield also arranged to have David Thomas perform a special in-house concert for a limited number of guests. "...that Living Room Concert tops my own list for the year," he says. "Organizing an event that brought a music hero to the Pink Lightning loft (in Eastern Market) for an intimate performance was a real thrill..."

"I'm happy with the run we had in 2011...We" (and by We, he means Neal Parks - percussion, Everette Rinehart - bass, backing screams, Bahorski, and Leo McWilliams - accordion)... "...performed alongside a lot of nice folks/good bands, which was deeply inspiring to us."

It's almost 2012... What would this post be without an end-of-the-year list? How about your "Top 2 Favorite Local songs?"

Where Do You Live - Johnny Ill Band