It's Sights Day... right now... or, tonight...at the Magic Stick... or...maybe by now it was yesterday--depending on when you're picking up the feed of this rattled, bloggy, telegram... 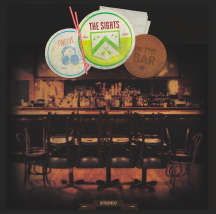 It'd be easy too easy to prattle on about the Sights being these quasi elder statesman of Detroit's music, er, 'scene'... consistent and resolute weekend warrior types still slogging out the garage rock glory that once emanated regularly throughout this town's clubs, bars, dives and watering holes throughout the early 00's...

Like the Muggs, the High Strung, and, lately, even the Witches, (or if we wanna get technical, Conspiracy of Owls too), the Sights are one of the handful of those initial, early-decade-Detroit dynamos who've maintained a steady presence on the local scene - albeit, more than most bands, having gone through a considerable amount of member-shifts...and re-shifts...

Not so much a revolving door...but more like a club, an institution... some stayed long, some were barely there... As many past and present members that were available for tonight will be on hand, guitars/bass/organ/drum-sticks -in-hand, ready to run through a full set of songs - most (if not all) will be from their recently released vinyl of rarities, demos, and live cuts called Twelve in the Bar - the first proper release for Detroit's Fountain Records.

My point - it's good to see 'em still going - even better to get the chance to hear songs we've either never heard or refreshing, alternate renditions of old favorites...

Personally, I drifted toward the crunchy-clatter-roar bookending of an otherwise sunny strutting pop ditty called "How Does It Feel?" -an outtake, no less. Also dig-able was the disarming acoustic-reimagining of "Got What I Want," turning that punch-heavy, riff-heavy, tumble-heavy single from 04's Got What We Want into more of a midnight wanderer's loungy blues ballad while still retaining hints of it's initial shoulder-juking sneer. We also get demos from newer records, like the piano-prominent "Maria" and the quintessential heartfelt to hellfire brand of raspy balladeering characteristic to headwriter/singer, Eddie Baranek, via "I'm Gonna Live the Life I Sing about in my Song..."

Take a listen to "Better Off Being..."
and consider seeing them, tonight - Dec 28th - at the Magic Stick - with the Wrong Numbers and the SinBads...

~~~~
Anyhoo...
What are you doing New Year's...eve? ...out of a thousand invitations?
There's trouble and excitement, cheer, revelry and sense-stretching showmanship spilling all across the city on Saturday...
While you're driving around... tune in to WDET from 9pm to 1am... Writer/reporter Travis Wright will be holding court, a round table of musicians, music critics and label heads, discussing the year in local music...

New Year's Eve with Travis Wright from WDET on Vimeo.

And of course, there's this: 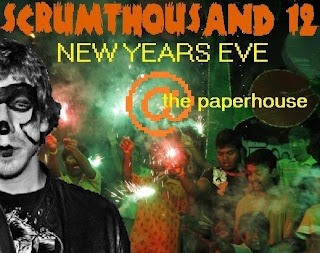