Not Another Boring Bone Avenue Evening

It was cold. It was night. It was early January and it was in Small's in Hamtramck. The band had the side doors propped open so that they could simultaneously smoke their bar-banned cigarettes whilst swiftly traipsing in-and-out, loading their monstrous amplifiers in from the icy sidewalks.

Was it their first show? Probably wasn't... But, maybe it was? --This is how Internet legend is born.

Matt Luke (from Legendary Creatures) was playing with Jason Worden (of Red China), along with, then-drummer Scottie Stone (of Dutch Pink)...and letting Steven Puwalski (of Marco Polio & the New Vaccines) bark his throaty, interdimensional incantations, out atop their sturdy, post-post-rock, soulful-psyche grooves. It would be druggy if not for it's measured fits of lightning, it would be psychedelic if not for it's more heady blends of muddy post-punk and post-bop jazz rhythms, and it would be noise-rock if not for the specific hooks and tangible melodies adorning many of their, for the most part, straight forward 4-ish-minute jams.

The band recently welcomed drummer Dave Jennings (of Pewter Cub) as they celebrate their first full year together. They'll cap that off with the release of a recently wrapped 7" single (...hopefully in early February). "As far as we know," guitarist/bassist Luke initially responded, "(the title) is impossible to pronounce...-you can guess who's brain that came from..."

But, within a few days, Luke came back with a more solid answer "The final title is: Not Another Boring Bone Evening..." - recorded with Jeff Spatafora (of DevilFish). Luke said they parted ways with original drummer Stone "amicably," without "acrimony; Scottie's an amazing drummer and we were sad to part ways with him, but all four of us agreed it was for the best..." 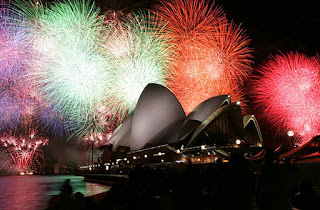 Jennings, meanwhile has "really clicked; we gelled so well during that first practice that we decided that night to offer him the job. He's very much on the same page as us, creatively speaking, and he's already joined in in the writing aspect of songs, suggesting very Pupils-y ideas about bending and warping out parts..."

That writing chemistry is key, since the quartet writes all as-a-unit. "Sometimes," says Luke, "we lose track of which part is which so we name them: -Sarge,  -Lefty,  -One-Eye, etc... based on each part's personality."

Pupils songs are multitudinous... "many parts, often with changes that may seem counter-intuitive, so when a song is being written, we frequently are surprised to discover that what felt like an 18-minute prog-voyage clocks in at less than 3 -1/2 minutes..."

This, Luke says, is why they often describe their band, their songs and their sound as: "compact prog."

But, also, "Yes-Wave gets thrown around, because we never say no- to trying out new brilliant, stupid ideas."
Posted by jeff milo at 1:30 PM