I have no perception of who reads (checks, scans, spits-upon) this blog...

If I'm guessing it's mostly those set into the SE pocket of the mitten, Detroit and what have you. So, then, please consider this westward-heavy post - where I look over to Ann Arbor and Ypsilanti...

I scribbled out a music column for an A2-based culture zine, recently, and thought I'd share some of those thoughts: 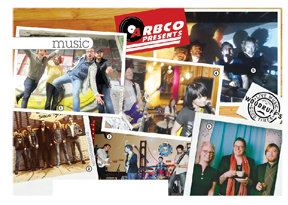 Chris Taylor said there needs to be more unity in “music community.” To raise and sustain a thriving music community, it “really comes down to supporting each other,” said the journeyman guitarist, who currently plays a blend of sci-fi-surf and psychedelic hard rock with Ann Arbor’s Blue Snaggletooth).

I spent much of my late autumn picking the brains of various local musicians, ruminating on the potency and potential of what it is, exactly, that we have here, together, as a “music scene,” or, “community.” It’s a tough, tricky conversational query…Not only is it hard to answer the: what-makes-a-scene-work-question; it’s often tacitly considered such a troublesome subject, that most refrain from even asking it.

And the answer can vary, depending on niche...

...The elusive element, however pie-in-the-sky-ish, would be “an across the board community of support” said Taylor, that binds the fractured “sets” of different styled musicians (scenes within a scene), to attain a bedrock of support. Indeed, what we have is commendable in itself, especially the local labels (ARBCO, Ginkgo,) or local independent businesses (record shops like Underground Sounds or local-centric venues like Woodruffs). The reason for any frustration (and thus our questioning of “scenes”) is that the push and pull of all these more distinct and sometimes erratic components have heretofore, seemed to help some bands (propped up to national tours) while leading others to fall through the cracks to, as Taylor put it, “languish on the local circuit…”

The hope is, always, that everyone gets on board, supporting all local music. But still, there’s no clear answer. Presumably, no one listener will be up for attending the shows of every genre and you’ll probably never see noise rock bands at more folky art fairs.

Or will you? Conventional barriers and cliquey behaviors break down slowly – genres blend together and it leads me to wonder how much longer we stay separated. Rock bands like Jehovah’s Witness Protection Program synched up, recently, with hip hop MCs from Detroit, Mister, Blaksmith and Benjamin Miles, for a remix single produced by Ypsi-based raunch-rapper BUFFAY. 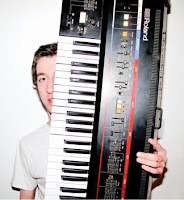 So why not blend other genres into this rock column? Ann Arbors’ Chrome Sparks (Jeremy Malvin) is an up and coming ambient electronica composer who’s released a steady stream of singles, EPs and albums. It’s likely you’ll see him mixed in with a handful of indie-rock bands on a bill
.........

~Piggy-backing off of that rambled spill - You can read more about Chrome Sparkes HERE.
You can also see Chrome Sparks performing this Wednesday (Dec 7), out in Ann Arbor at the Work Gallery (306 State Street) along with Iowa City-tied synth-swirled lo-fi psychedelia group Wet Hair, part of U-M's student run radio station WCBN's spotlighting of the School's first dedicated gallery space on central campus...This performance was funded in part by Arts at Michigan.

If you want to catch up on the history of Wet Hair, subsequently, there's an ample anecdotal digi-dossier to review here. - It was born out of Shawn Reed's Night People Records label...and you can only imagine if Young Marble Giants were roomates with Spaceman 3...with the dreamy-droon/croon articulations of an Ian Curtis...

oh, blogspeak
Posted by jeff milo at 6:52 AM