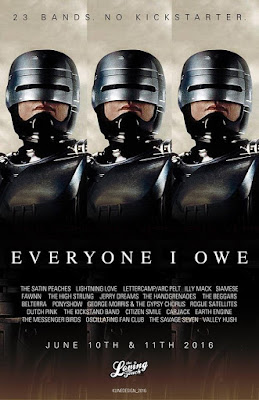 The Detroit area consistently hosts a substantial citizenry of musicians, but it’s really seen an even further flourish of rock, pop and electronic bands over the last five years. And on any given weekend, each are a consistent component of various stacked lineups at the dozen primary local music venues. But those glories can be fleeting…and rock ‘n’ roll bands aren’t typically known for heeding the virtues of documenting their own anthems and antics for posterity’s sake.

But when 23 bands crowd two stages at The Loving Touch on Friday and Saturday, they’ll be filmed and recorded, with the video and audio being professional mixed and mastered, then eventually edited into a proper film, with the individual segments divvied out directly to each artist free of charge for bands to distribute however they choose.

Read this article in this week's Detroit Free Press


“Everyone I Owe” is essentially an inside-joke for the several bands on the bill, calling back to a prior (and still unfinished) documentary project called “Everyone I Know,” that filmed 18 bands in one night with aspirations to chronicle the then-contemporary collective of rock bands. While half of those bands from the original go round have since broken up, a few still enthusiastically reunited for this new event, which, says co-organizer Jesse Shepherd-Bates, aims to “close the karmic-loop,” or cultivate some catharsis for any left unsatisfied by the prior film’s indeterminate delay. 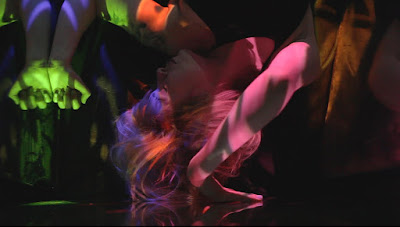 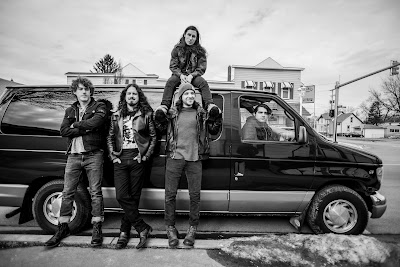 “We hit up every band that played the original show, and when so many said yes we decided to blow the event up as a two night gala,” said Bates. “We’ve got bands that haven't played in years, but also bands that have been hitting the pavement for a decade or more, and some bands that played their first shows only a little over a year ago.”


“Unfortunately, (the original ‘Everyone I Know’ filming) left a sour taste in people’s mouths,” said co-organizer Jo Champagne, “for the musicians involved and the contributors.” The clearing-the-air factor concerns how many local musicians contributed to a kickstarter campaign for the first film, and thus, this weekend’s concert title references a delayed reimbursement. 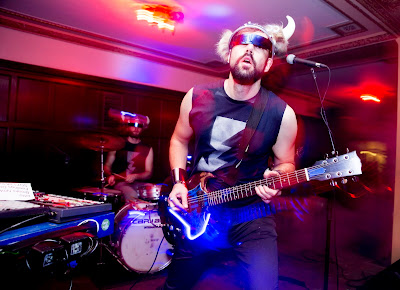 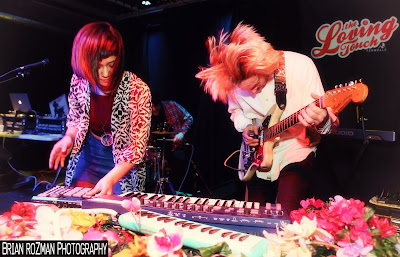 The original film’s director, artist/filmmaker Brandon Walley, said he regrets that he wasn’t more communicative in the months following the crash of an external hard drive storing the transferred film footage, along with a rough cut of the edited film, up to that point. Walley, the program director at Corktown Cinema, said he admits naivety in expanding the film’s initial scope, and documenting several more shows. Walley said that counting the hired camera operators and cost of added equipment, he exhausted the initial kickstarter-raised budget. He intends on completing the film as soon as he’s able to afford the needed retransferring onto another hard drive.

Champagne, meanwhile, said that she and Shepherd-Bates want to be careful, this time. “We aren’t making promises we aren’t 100% sure we can’t fulfill.”  Bands will be reimbursed for performances, she said, and receive their respective recordings.  Shepherd-Bates said he will be editing the footage but didn’t want to put a guaranteed date for the premier. But the exciting part is that you, just as an audience member, get the chance to be part of it all.

"I think ('Everyone I Owe') speaks to the fact that Detroit is still a place where you can set up crazy shit: no problemo," said Gordon Smith, singer/guitarist of The Kickstand Band. "The fact that everyone will just agree to this lineup with just (Shepherd-Bates/Champagne) doing most of the leg work is a good example of our being able to just do: whatever... Like WhateverFest, or shows by the Elijah's crew, or Hamtramck Music Fest...."

"I'm not aware of any other comparable documentation of so much of the local music scene here, so I'm excited for the ('Everyone I Owe'), and to be able to look back at it a few years from now," said Lianna Vanicelli, singer/percussionist of Valley Hush. Both Smith and Vanicelli were on the original lineup from five years ago. "To be honest, I was never anxiously awaiting the release of the original. I guess because I've just played a ton of shows where there have been things like photographers or people filming, but you never see footage surface. I don't even know what happened with the original one; I just remember playing in a very sweaty, crowded Lager House. It was a fun show!"

A lot has changed over five years, particularly concerning the experience of trying to get a band off the ground. "We love making music and performing more than anything, but there are definitely some frustrating obstacles," Vanicelli said. "With the way social media has impacted us over the last few years, it's made being a musician a lot harder. I still love it and do it for the same reason that I always have. Alex (Kaye, guitarist/producer) and I try to keep a positive outlook, but that's definitely gotten harder as we've spent more time in the industry. We constantly encourage each other."

"I honestly just said: 'yes...' to playing for ('Everyone I Owe') for the same reason I played it five years ago," said Lo-fi Bri, of the electro-punk trio Carjack. "That's what performing live is and will always be for me!"

The lineup features The Kickstand Band, The High Strung, Valley Hush, Carjack, FAWNN and many more, including bands that feature Shepherd-Bates (The HandGrenades) and Champagne (Siamese). Reunited acts include Illy Mack, Lightning Love, and The Satin Peaches.

Singer/bassist Liz Wittman isn’t reuniting Lettercamp, (on hiatus since 2013), but her debut of a new trio Arc Pelt feels like a comeback of sorts, having stepped away from the scene to raise her two children.

"Arc Pelt is very different from Lettercamp," Wittman said. "And, the timing felt right; I love the people and bands involved with this event, so this is a great venue to have our first show. It's sort of a farewell to a part of my past while also starting something new. Our friend Dean Tartaglia (Secret Space, Silent Lions) will be joining us for the show."

Wittman understandably took time away from the scene for a couple years to raise two children with producer Zach Shipps (who also plays in Arc Pelt). "Having kids forces you to take a step back from a lot of things, and that distance is really valuable," Wittman said. "Coming back into music now, feels like a freedom of sorts. My motivations are slightly different. I give less of a fuck about what anybody thinks. That said, it’s always been a good scene and there’s a ton of cool stuff happening right now. I see a lot of it coming through my backyard (Zach’s studio). So even though I haven’t been musically active, I’ve been pretty close to it..."


Leah Diehl, of Lightning Love (which has been on hiatus since late 2013), performed solo last March and when her brother (and former bandmate) heard the old songs, he encouraged her to do (at least) one more show. 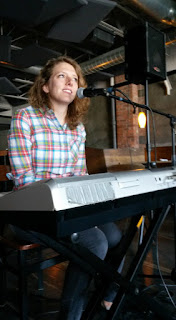 "I've been feeling more and more positively lately about playing music, but the biggest motivator for this show was my brother," Diehl said. "After hearing our old songs again, he said he wanted to play the Everyone I Owe show. And I said ok - let's do it...!

"I think this is deeply based in nostalgia," she said, referring to the whole rehash of 2011's concert. "I can't believe it's been 5 years! I'm not sure the (2011) show in particular meant something, but that time, in general, certainly meant something to me. I think the only thing Jesse wants to do differently this time is not screw over the bands. I hated Kickstarter from the beginning; so many people abused it. It's pretty cool of Jesse to try to make it up to these bands, even though he's not the one who should be responsible for making anything up to anyone."

So, at the end of the day there's a lot of feelings and conversations that get re-stimulated by this whole event. It's a mix of nostalgia, a longing for closure, and a motivation to celebrate the Detroit music scene’s signature spirit and character.

For this writer, it brings back wistful pangs from a point in time I experienced that radiated with a bliss that's hard to specify. The same way you never forget the albums that were your favorite as an 18 year old, I don't think I'll ever feel such an affinity with another moment in local music, and not for any quantifiable reason, other than I think there was an uncanny amount of personality with that pack of bands. Or maybe the fact that half of them broke up within a couple years after that augmented the preciousness of it, not just of that one night, but of any given moment, or show, or album release, when it comes to this scene, this community.

See you at the show! 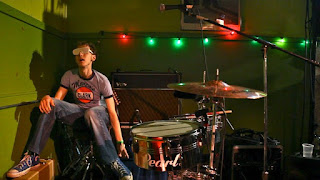