There's something supernatural about Theosophics, and I like it...

In a way, I feel like the Oak Park IL-based quartet are performing a bit of necromancy. Their specific sorcery involves resurrections of all-but-lost gems from a tremulously impressive era of inventive ret/cons of rock n roll music. They're excavating the b-sides that never saw the light of day from bands like The Kinks, The Creation, and Bad Finger, whilst reanimating the sublimity of thickly atmospheric ballads from art-pop pioneers like David Bowie, Scott Walker, and the gothic country warbles of Lee Hazelwood.

At least..., that's a glimpse of their itinerary. They've only just gotten into this new creative vocation of rarity-renovation, specifically digging beneath the mantle of mainstream classic rock radio re-hash and over-played pop zombies and burrowing down to where the flipsides are hiding. 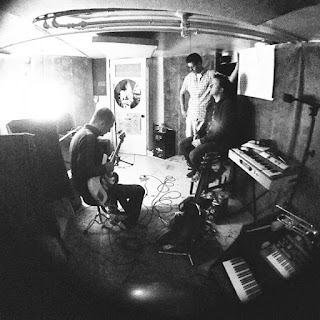 Theosophics is Craig Benedict Valentine Badynee, Alex Harris, Mike Sankowski, and Mark Vincent, and their intent is to capture the spirit of the original songs while also tapping into whatever it was about it, that ineffable essence, that first pricked up their ears in the first place. "So many of my very favorite songs are deeply tucked away on the other side of hit singles," Badynee says, "or they're far into an LP('s tracklist) after more recognizable works. As a songwriter who exclusively writes unintentionally obscure music, I'm naturally drawn to these neglected tracks."

You know those songs that feel like secrets? They're usually the seventh or eighth track on an LP. They feel like they were recorded at the end of a weird day, or were maybe surreptitiously sneaked in during a take when the producer wasn't around...They don't sound like the usual hits that sit higher up in that band's canon; their chromaticities feel inverted, their vibes feel enticingly bizarro...  THAT...to me, is the kind of spirit I feel Theosophics are trying to raise and re-render with their own voices and coolly skewed-views.

I know this kind of endeavor could easily become a case of playing with fire. This isn't anything a band should try on a lark. Good thing these four gents are truly wizards, I'm telling ya... They know their way around a studio and their ears are mystically attuned; or rather, they wisely waited until they'd attained such  experience before attempting to dosey-doe with the ghosts of the Great's. 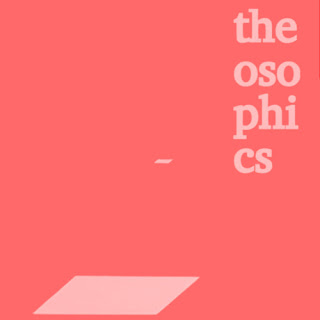