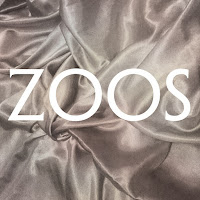 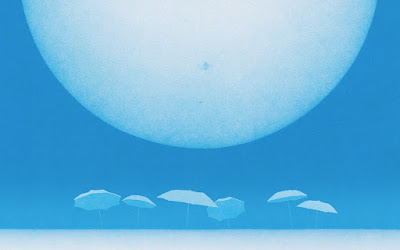 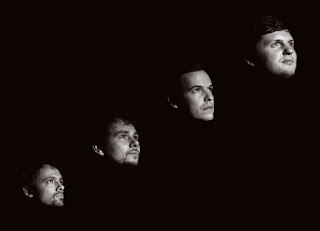 Zoos of Berlin played their “last show” back in the late summer of 2011 and singer/guitarist Trevor Naud is quick to point out that it was never the intention to disappear. In fact, despite an absence from stages, the band, crucially, never went away...

Circumstances shifted after the release of Lucifer In The Rain (2013).... Zoos' drummer/engineer, Collin Dupuis, moved to Nashville for work a little more than a year after that "last" concert, and both Naud and keyboardist Will Yates would also leave the state soon after... Zoos of Berlin had scattered, but stayed as synchronized as possible. Essentially,  crucially..., “the band” never went away.

Bassist Dan Clark emphasized the preciousness of their time together, whenever they could reassemble back inside their personal studio in midtown. “No shows…,” Clark says with a slow nod, looking back. “Any time we could get together went entirely to writing and recording.”

There was no stopping point, as Clark said. The work was never abandoned, it was a well dug with as much patience as possible, cultivating more than 20 songs over that period of time; in their own world, almost…secluded, more or less, in their studio, to continue… To continue regardless of whether or not they could do a local show or even conceive a tour. The reason…was to continue…
“The reason you keep making music,” Clark said, “is because you believe that the best music that you could make is still something possible, something ahead of you…”

That sense of possibility sustains a band like Zoos of Berlin. And Naud says that it feels like they’ve only just now barely gotten started. That sensation of hitting one’s stride, of feeling fully realized, finally, within one’s sonic skin, as it were…

For me, even suggesting that Zoos of Berlin could come back even better than ever is a scary-good prospect, an exciting notion… Because the group was already actively pushing itself outside of comfort zones, pursuing an Escherian set of stairwells winding their ways into implicitly indefinable genres, blending the elegance of art-pop to the propulsive of myriad dance modes, the static and spit of post-punk to the shimmering hew of surf-rock.

You can hear an illuminated eclecticism across their four main releases, two EP’s and two full length records. That orchestrally-swept, baroque-frilled, atmospherically-washed wonder charming their entire canon could translate into the live incarnations in interesting ways.

“The idea was that each song would have its own unique profile,” Clark said. “And the ‘style’ we had would be…just…the style of being able to pull off different styles…”

But, as a live band, you can become tied to certain roles, or limited in how you can conceive a song. Whereas in a studio, one is set free to wander, as it were, or to try and to try again, to feel freed to incorporate weird textures, sweet timbres and ghostly tones without concerning yourself with future conversions inside concert venues. So, it’s vital that this band has their own Zoodio. It’s been the summit, the commons, the place of realignment, each time they’ve been able to have full attendance, or at least workable quorums, in Detroit.

“We have more material than we may need,” said Clark, referring to their extended study hours of experimentation. “Better to take the time to pursue all of the different avenues… even if some of them wind up in blind alleys.” He pauses when he notices the smile on Naud’s face. “Get to know your way around town a little better, that way,” he concludes.

When Zoos of Berlin return to Detroit area stages this weekend, they’ll have almost two full albums of new material to draw upon. They don’t have a title for their album, but they’re enjoying the idea of calling it Instant Evening. That said, don’t expect a release this summer. The goal is to unveil it before wintertime, though.

So, that’s not to suggest you’re going to hear all of these new songs; I mean, some may be either too elaborate or too potently and ineffably phantasmagoric to pull off live….just yet…. But some of the songs you will hear are going to be on said new-album.

This will be their first album released since 2013’s Lucifer In The Rain, which SPIN so finely deemed “ornately cosmopolitan…” And Naud doesn’t know quite what to say about it. “I worry so much about sounding cliché…as I’m sure so many bands would say something like: ‘This is a combination of every phase of our musical makeup, heretofore…’ But… There are ‘electronic moments…’ There are ‘folk moments…’ No…wait… No. No. No.” No clichés.

Clark remarks upon the heightened amount of freedom they feel, as a band. “We’re not locked into playing a particular set…”

“…because,” Naud comes in quickly, “…no one’s heard these goddamned songs, yet!” I’ve heard it, and it is better than ever. Better than ever Zoos… But no one else has heard them…

And that’s just it, I tell them. That’s your angle…I say. No one knows what to expect from Zoos of Berlin, right now. And that’s exciting. That’s suspenseful.

“Ah, that’s our angle…” Naud says, looking relieved for a minute, but then quickly nervous. “I feel scared, now!”

Earlier this year, the band welcomed guitarist Matt Howard (also of Javelins), to augment the newly recorded songs. From here, it's only a matter of time before we hear new Zoos...Palpably stoked to have the quietly-impressive Howard on board, Naud said that, at this point, they wouldn't want to do anything, going forward, without these five core members, Howard included, who have contributed to the recordings over the last couple years.

But they're even more comfortable, now, in their own skins (...morbid as that saying goes,) than ever...

And they’re glad for the opportunity to perform, but the hope is that all of that positive energy only feeds back into their studio, to fuel future recordings, to propel proceeding album releases.


Did I use the word "...ever..." too much in this article? Or, hyperbolic conjunctions like "...than ever...?" I'm always at a loss for words when I listen to Zoos' music, so it likely gums up the overall articulation. ANYHOW....