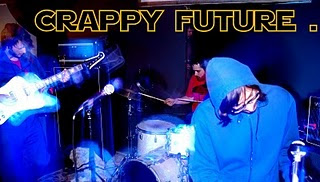 Do blogs have any other use these days, other than to incite?

Do they even do that much?

My remaining hope, here, is merely to stir even just a momentary shift in perspective on certain matters, while delicately balancing my tendencies to embellish my usual inclinations-- those being, a.) an over-exhileration wrought from musical experience, -or b.) an alarmist's ax to grind in the face of a world where 1-out-of-every-3 adults now own a "Smart" Phone.

Maybe I'm too old fashioned; the luddite's bone structure just too brittle for my extremities to grip the rails of the internet roller coaster, but I find it startling to read statistics marking the biggest selling digital single of all time, (belonging, this week at least, to David Guetta, who's the biggest thing in the world right now, if that means anything anymore)... Or the most successful world tour of all time (that being U2, who, even though they're all 50-something, and half-parents of what could be the most expensive Broadway flop of all time, raked it in, during 2010, with their 360 tour).

The startling part, for me, is that --of course we're going to see more and more of these biggest ___ of all time; because everything I'm dwelling upon involves the recording of consumers, i.e. people - There's just more and more people out there, ready, willing, hungry to consume.
But what are we consuming? Downloads of crude or inane ballads, bleating and blathering over saturaed synthesizers and tired samples about saving the world by dancing at a club or missing an ex lovers crotch...or the Red Hot Chili Peppers attempt to keep their sizzle by singing about wanting "to rock you like the 80's..."

It's 2011? Should we be asking more of our music? Or is this just how it goes, (as T.S. Eliot wrote about how the world would end...) that the ones asking those questions are also the ones turning away from all the noise, turning away from mainstream music, thus that it never gets fixed?

Because you can't tell me that the critics, today, are asking those questions--I just skimmed through a Rolling Stone and found all of them giving 3*** and 4**** stars to all this...er...music.

And so, I echo the rallying call of one of my favorite current locals - the slick synth rock quartet Crappy Future - this is...our crappy future. Where motion sensor water fountains are out of order, where paper shredders jam, where escalators eat children and where ostensible smart phones are found lacking...

It's also where much of the mainstream's current crop of music is actually found to be repulsive. Or, like a total eclipse of the sun (or of intellect), you can't stare at it too long, or you'll go blind (deaf).

Sliding over to SPIN Magazine, there's a nice editorial/feature article from John Walsh that calls into question the need of the Cloud Music Service, wherein he recalls a friend's proclamation that content in this plugged-in-world-of-ours, is as readily available (and, perhaps, equally taken for granted) as water from the tap.

The cloud based music storage system launched by Amazon, Google and Apples two months ago might be a big, shimmering, expensive presentation of something we can do well enough without--especially when one considers Walsh's noting the statistic that most average music consumers only listen to, at most, 19% of their current uploaded libraries. Do we really need it, everywhere?

Consider also, that you are allowing various unknown eyes in shadowy hallways at Google or Apple to see the stuff you downloaded illegally (or may have obtained through a deluded ricochet of past uploaders onto various blogs). Not to mention that, by paying an annual fee, your actually paying to access something (particularly the CDs you bought and ripped onto your PC years ago) a second-time over, or as Walsh puts it, re-renting($) something you'd already paid for--like, say, your original Nirvana Nevermind album...

Speaking of SPIN~ They celebrated the 20th anniversary of Nirvana's universally/repeatedly-heralded Nevermind via a collection of 80-word diary-esque snippets from various artists, musicians, producers and comedians, commenting on what the album meant to them.

We all know the extent of influence, large, small, vital or trivial, it had upon us...We all know "where we were..."
Here are two of my favorite anecdotes: From author Sam Lipsyte (the Ask): "It's too obviously a counter-intuitive, snobbish thing to say In Utero is better, so let's just say that it is."
Wayne Coyne (Flaming Lips), speaking of the inspiring-and-awkward days of 91/92: "...you'd run into normal people woh'd say, 'I like Nirvana,' and you're like, 'Six months ago they were a cool, freaky Sub Pop group, and now Joe Sixpack at 7-Eleven is into Nirvana.' The time was "great and phenomenal and weird and sad..." 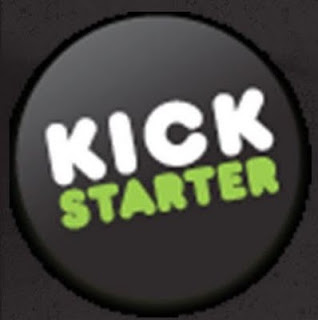 ~All that said. -I really appreciated a recent column posted on MotorCityRocks, from Ethan Milner (Arbor/Ypsi-area social worker and sometimes local performer via Mittenfests and past show-organizer via the East Quad Music Co-Op). "Shtick Starter" will likely make a few local songwriters and bands a bit resentful, as it is, essentially, an indictment of their recent reliances upon the funding site Kickstarter, to finance albums or tours.
I,...not being in a band, nor being able to fully appreciate the pocket pains of DIY-self-production, still have to appreciate where Milner's coming from, especially when you consider his thesis being tied pretty much entirely to his personal experience observing the neglect of society's least-well-off.
There are even times I find myself thinking, -gee, it'd be great if this $5 I'm dropping at the door of ___-venue for whichever 3-4 band line-up of the week could be going to charity.
Milner concedes that musicians' reliance upon Kickstarter is still morally acceptable. Still, it is a subtle calling-out-of the middle class musician. Inciting and Insightful.

"We live in a world where nobody has to give anybody anything; I recognize that. But if a musician can conjure ten grand in a month by virtue of asking, shouldn't they use that power to help the guy who can't even get enough scratch for mood stabilizers?"

Not being a musician, I don't want to judge. But I'm glad for Milner having, enhanced my perspective.