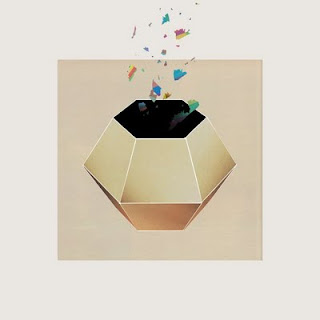 Writing about Zoos of Berlin, I feel that I should be dressed to the nine's ala a Wolfe-like white three-piece suit.

The Detroit quartet's edified by four minds that respect the visceral impact of harmony - often to the point where it sets them to extended periods of acute in-studio refinement, (the resulting sonic aesthetic results thus wrought being additionally benefitted by the professional ear of in-band-engineer Collin Dupuis and their impressively equipped studio above a Recycling center).

It's a little cruel for this to merely be an EP - only because it's the most together, or focalized stylistic statement, due in considerable part to their first two releases being more vault-clearing affairs--long awaited recorded unveilings of songs they'd forged in their first 2-3 years.

Pallister Chant, up for download at their bandcamp, feels more like the official beginning of the next chapter, but still echoing their penchants for dual lead vocals (the pulse-steadying glamor of "Kingston Gates"), or their knack for an alluring rhythmic shimmy that hints at a disco-dashed space rock ("Haven't Eyes"). Here, we have some distinctively rougher hews, like the fuzzed-up funk guitars and hip/hop beat of "Tamarind," with the grimier, groovy chug continuing with the sax-bolstered "Sheets of Solid Gold."


When you sound as tight as a post-rock band, but as mesmeric as a prog-rock band, twist it up with newer zings of jazzy funk and top it off with those syrupy vocals - it makes one sit up straighter and tighten said-Wolfeian-white-tie before trying to explain what it sounds like ~ with Zoos, the tired truism of getting-out-what-one-puts-in...holds true. I'm not sure if that's part of why they call this "pop-art..." that's for another over-analytical essay.

The band have a whole other EP's worth of songs ready and mostly recorded ~ but busy schedules leave any solid completion date shadowed, for now.

P.S., Scott Masson, with the humble click of a mouse, unveiled a bit of a revelation: GLOSSIES' debut LP Phantom Films, "as it was meant to be heard/experienced" --the proper remastering!!!