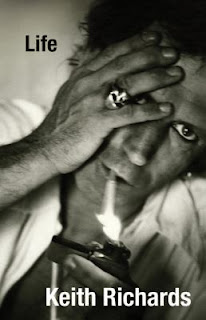 It's been one of my very few audio-book experiences and I have to say, this one of any seems fitting - considering Johnny Depp is your narrator.

This insightful chunk is concerning Robert Johnson's brilliant burst of work having given a platform for seminal blues musicians to work upon...

"What I found out about the Blues and music, tracing things back was that nothing came from itself. As great as it is, this is not one stroke of genius..."

This is in the midst of Chapter 3, detailing Mr. Richards' "monastic" dedication through the barely-eked-out days of 1962, studying blues musicians, namely the records of Muddy Waters, as well as the guitar idiosyncrasies of Bo Diddley, Chuck Berry and Jimmy Reed, whereupon he stumbles across a painfully obvious truism that still, somehow, always bares repeating:

"This cat was listening to somebody and it's his variation on the theme. And so you suddenly realize that everybody's connected here. This is not just that he's fantastic and the rest are crap. They're all interconnected. And the further you went back into music and time, and with the Blues, you go back to the '20's, because you're basically going through recorded music. You think: 'Thank God for recording.'

It's the best thing that's happened to us since writing..."
I even woke up this morning, bleary at 5 am and a bit hot n' bothered from having lost our electricity, with Depp's voice softly bellowing through my mind, with the characteristic inflections of Richards. It made me wanna write just as Richards wrote...to write, maybe, just as Depp read...

That's the trip of influence. It's devastatingly pervasive. You see someone else freaking out during their song, on the stage, and it puts a bit of the beast in you, to bring it onto your stage, into your song - you wanna feel that too.

I started dancing because I saw you dancing, that kinda thing...

It reminds me of my interview with Dutch Pink, a few years back, when singer/pianist Dustin Leslie started to follow the zigged and zagged yarns of influence from one decade, one style, one school of musical thought, back and back through time... Throwing his arms up in submission, he presumed everything to be merely a rip off of The Epic of Gilgamesh...
And why not? 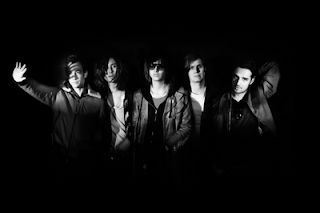 Remember how much flack these guys got, when they first arrived? How they were revivalists, or just cribbing other bands' styles? (Look how the Stones started, strictly as a covers band!)

And now, ten years on, bushy tailed bloggers actually tag something as having a "Strokes-y" type sound without blinking a digital eye.

In a bloggishly un-related side-note, (or at least just out of recognition that this is one artist/album particularly haunting my headphones, as of late), Cass McCombs is hitting the road to prop his well-received gloom folk odyssey Wit's End.

ONE last thing - ... tonight (7/12) at the Loving Touch in Ferndale, is the first of Dave Lawsons' Detroit producer/engineer series via his (and Richie Wohlfiel)'s Tuesdays in the Forest parties. 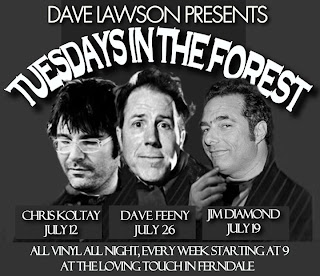