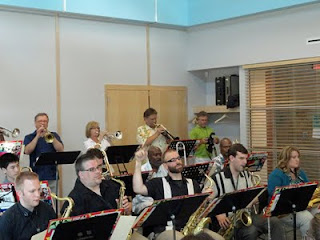 Swinging jazz music from a full orchestra resonated throughout the library Monday evening.

I'd already been wrung pretty well by yet another characteristically malnourished morning of a lunchless, coffee-slurped skitter up nine mile under raindrops without an umbrella.

The usual rigmarole of a workday and the steady parade of the public understandably leaves anyone, especially the mildly sleep-deprived, a bit worn at the end of days like these...

But, walking into the library's community room and hearing this music, thrumming from a full orchestra, it put the warm and fuzzy all about me and it, -as the late Gil Scott Heron said of of Billie Holiday or Coltrane-, washed my troubles away.

The Bridge Project, an ensemble of trained musicians dedicated to interpreting the works of jazz composers, churned out the smooth, shuffling grooves, bolstered by the saxophones; a charming sound, the kinda stuff that makes you feel like swiveling.

It reminded me of the allure, the guttural communication, of live music...and being right up in there, next to it. It's easy to forget, sometimes, when you're hoofing around a gleaming, hip little enclave like Ferndale, where it seems, lately, we have live performing musicians coming out of our ears.


I could have camped out at 9 mile and Woodward last weekend and seen eight or so bands in less than three days - and that's with Club Bart being closed. Dutch Pink are making a go of it, now, at Howe's Bayou, with their Sunday stints of day-drinkin' blues and refined/raspy rock n roll.

One should keep their ears and eyes on them - they're working on a new LP. The band has recently been ameliorated with two of the mitten state's most effective 'secret weapon' players - Joel McCune on guitar and Scottie Stone on drums. Should be interesting. 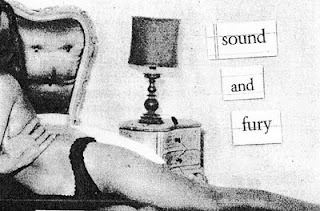 Other musical musings:
Sound and Fury, a gnarly minimalist trio with deceptive capabilities to pummel-and-shread, have a new tape of live recordings out (captured from a handful of Detroit venues).

Equally mutated metal urchins as they are noise-embellished surf stompers - Their new cassette Songs to Make ___ To (Algae Tapes) - unfortunately lasted only 20 seconds in my tape player... 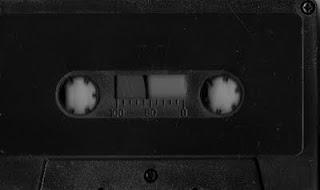 "Hi, we're Sound and Fury" singer/guitarist Keith somewhat breathlessly greets an ethereal crowd through my headphones before he slides into a fierce assault upon his own guitar... And then the audio gets all watery, and then it sounds like the Chipmunks are being steamrolled in a greasy garage and I realize...the magnetic tape is coming un-spooled 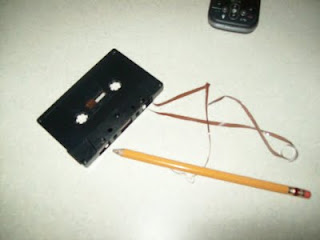 ...which I'm hoping was more the cause of the tape player I chose...

These things happen - welcome (back) to the risks of the Tape Revival - what's old is new...


Red China was a somewhat storied, somewhat sludgy, somewhat sardonic trio that were heavily invested in meandering, noisy aesthetics. Deconstructing traditional song systems, they were a daunting, if not tangy, pill to swallow. 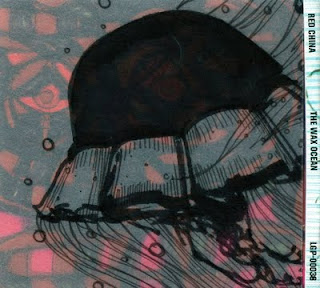 In fact, I've seen them clear some rooms a few times.

Half the time, though, and often in their last few performances (having been reactivated last winter as a quartet), they could coax you in with steady growling riffs and tight rhythems under an eerie sort of croon, nothing any obscuro-digging indie-rocker couldn't get down on...

And now--after three years or so of on-and-off auditory assemblage, their long-rumored LP Wax Ocean is ready for a proper release. July 15 - at "Sparklewood" (Northend Studios on Grand Blvd, Detroit) - with Crappy Future, Scare Bear and Jeecy & the Jungle.