"What I Do" - Interview: Mister 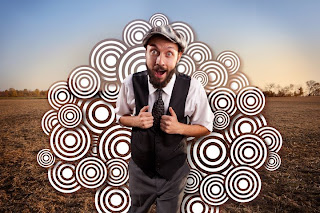 Bryan Lackner is charting his influences and past penchants, naming Zappa, Captain Beefheart and Primus; a glint in his eyes showing he’s conscious that it’s not helping to clarify his submersion into hip/hop music. “I’d love to be in a metal band, but that’s just not me. It just comes out the way it comes out.”

“The way it comes out,” for Lackner, is via rap music. With inclinations towards Northern Soul, acid jazz and spaced-out funk, the pale, bearded, lanky Lackner finds his voice through the swift incantations of hip/hop poetry.

Raised in Rochester, Lackner was the shy 6th grader, off in the corner, jotting down lyrics (some of them already with a death-metal sensibility). Then, being uprooted to Maryland for junior high, he was sequentially molded by the teen-attuned catharses of grunge rock and soon after the more fantastical goof-venom of horror-core.

His release came in the form of rhythmic renditions from his poetry-packed notebooks. After high school, in 2004, he moved back to the Metro area. This would begin his transition from the darker, more industrial-leaning material of his intial project Brain Sick, to a more bebop and brass inflected East Coast flavored shuffle, which became Mister.

With his buoyant, rounding baritone flow, a lingering Midwest drawl wrung with accentuated articulation, Lackner, as Mister, warms the arrangements with his relatable character eking, prevailing and endearing, through densely spewed narrative verses of heartbreak and empty pockets that somersault into swaggering, anthemic pop choruses.

Mister’s breakout show was 2010’s Metro Times Blowout where he opened for a heavily indie-rock line up, Fawn, Carjack and Zoos of Berlin. Since turning a lot of heads that night, most of them accustomed to seeing those types of bands with that type of sound, Lackner has seen a surge of enthusiasm and camaraderie from “the rock crowd,” be it Marco Polio & the New Vaccines to the various bands throughout the Loco Gnosis label family. He considers that to be his “most important” show to date. Up until now he’s taken whatever he can get, from a party house basement show set between an Anime cover band and a death metal band, to rapping on the main stage at the Crofoot. Though his live appearances have remained sporadic he’s still slid at least halfway through the door of ’s hip/hop community. His collaborations, with engineers and fellow rappers include Brent Smith (Cold Men Young), Que C and Elemental (both on ’s Funky Dialect label) and also Devi. 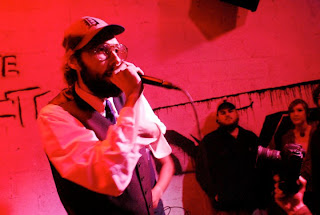 Lackner had been developing his freestyling chops since he was 15, mingling in between Goo Goo Dolls covers at acoustic-heavy open mic nights with his sinuous wordage surging humbly over scratchable CDJ accompanying beats. Feeling a bit of inertia with his darker, caustic Brain Sick side, he jotted down one word after a set… ‘mister’ and started chuckling to himself. Following that gut reaction, he renamed the project. “The horror-core stuff just wasn’t me anymore,” says the soft-spoken lyricist of his scream-heavy past.

Lackner would start to flourish in 2007, before Myspace became a ghosttown and still facilitated networking. He linked up with UK-based hip/hop artist Dr. B. who provided him with a bevy of beats and samples to build off. Free. No questions. Just a heartening help from across the pond. Lackner felt that the tacit impression from his allies was, “…’we know what you’re capable of, we just wanna help make great music.’” Plus, “they () know the hip/hop scene. They know Dilla, they know . They wanna get over here as much as I wanna get over there.”

“I’m glad it sounded the way that it did,” Lackner says of the samples’ brazen brass, mystic flutes and musing strings set upon arresting beats. The smoother, more soulful palette he acquired from Dr. B and later evolved through work with Que C and Devi, was integral in growing out of the darker, edgier sound of the mid-00’s. “I’m not one to just rap the same way on anything, whatever the music’s giving me, that’s what I’m putting out. This allowed me to get calm. And, I’ve been listening to Motown my whole life. I want the sonic palette to keep getting bigger; I’ll add backing vocals, more background stuff, different elements, just so you’re getting more out of it.”

Beyond the sonic palette, Lackner said he wants “to have as much going on as possible,” in his live shows; to be “as entertaining as possible.” He dresses mostly in two pieces of a three-piece suit and spends little time up on the stage or in one spot. He regales a set he did in where one audience member kept beseeching him for the chance to jump up and beat-box alongside him. Once he lassoed the kid up on stage with him, another attendee pulled his collar and asked to freestyle with him. Mister pulled him up too.

“I like taking down the wall; if I’m on stage, I like jumping off the stage right in front of people. I want people to have a good time. I want people laughing. I want people to just dance or whatever. So, now, I’m more comfortable with doing the shows. Because now, I can see it, that people are really enjoying themselves.”

Since he sort of stands upon a sort of fence post, its significant when Lackner reports back upon “this massive rock scene and this massive hip/hop scene” and how “there’s such a tiny overlap, or not much at all” between them.”

While he built contacts in the hip/hop community through 2008, it’s this year, really, where Lackner’s personal momentum and connectivity to the community have both considerably been ameliorated, thus spurring him onto an even deeper reverence for his fellow locals, be they of the rock crowd or of the hip/hop crowd.

“Maybe people take it for granted. Those same kids that’ll spend $35 at a show at the Fox for somebody that’s already far beyond-well-off, you can go just down the street and see a band that might blow your mind even further and they are struggling every day.”

“I wanna see all these people succeed,” he said of his comrades on both sides. “I would love if we could do the whole big Motown bus caravan tour and just drive around and have six or seven bands. Go around and say, this is how we do it here, this is what’s going on in . And it keeps getting bigger. Certain shows highlight that, like the Blowout, the Fucking Awesome Fest, the DIY Street Fair. And, all these people are really creative and there’s a sense of community- both with the rock scene and with the hip/hop scene too. I can’t even imagine if they came together and made this massive community, right now – the hip/hop guys with the rock guys.”

Over the last two years, Lackner said he’s grown as a lyricist. He said he admires his longlost freak brethren from the rock n roll side, Beefheart or Claypool, who are able to make the most mundane snippets of days into provocative poetry. “I’m not trying to make a really good rap song. “I want to have a good song. I want to have my place in the timeline of recorded music; I want to leave something. I’m not worried about a hot verse or a hot punch line.”

Mister will release his Cookin with Que C EP this winter. (Tracks are available for preview, now, on his bandcamp site (link).) He is also working on a couple other EPs, stay tuned to his Facebook for info on those as well as upcoming shows.

You Can Call Me Mister