Fall is upon us...
...Comes in colors everywhere...
Here, then, are some local happenings you might want to venture outside for (before the dagger chill of another Michigan winter sets in...) 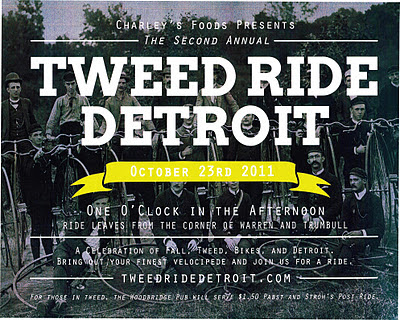 A celebration of fall, tweed, bikes and Detroit - and maybe some music? Any local musician in the Woodbridge / Wayne State area who might be up for slinging the acoustic guitar on their back while they pedal their 10-speeds or Schwinns is likely more than welcome to provide some live soundtracks for these intrepid travellers in their tweed toggery. They launch nearby the Woodbridge Pub and wind up at Belle Isle - ride along... (and sing along?)﻿ 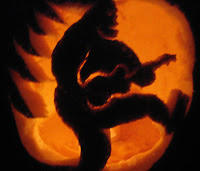 ﻿Night 1
The HandGrenades as The Supremes (one request: "Love Is Like an Itichin in My Heart")
Citizen Smile as U2 (Ach-twenty-something, baby)
Paul Cook / Ben Luckett / Andrew Hecker as Link Wray and the Wraymen (stately choice)
Eddie Baranek / Eric Allen / Kyle Schanta as Neil Young (epic)
Eric Allen / Molly Jean / Maria Nuccilli / Zak Frieling as 2010 Fruitgum Co. (Think Ohio Express' "Yummy Yummy Yummy" and other saccharine sing-alongs)
Secret Twins as The Wipers (nice!)
The Crooks / Eddie Baranek as The Doors (...show me the way to the next whiskey bar)
Patrick Davy & the Ghosts as Tom Petty and the Heartbreakers (Mojo)

Night 2
Jesse & the Gnome as Radiohead (do "Idioteque" - I dare ya)
Body Holographic as ESG (Get Funky)
Scarlet Oaks as Broadcast (very nice!)
The Olives (Milwaukee, WA) as The Go Go's (I could use another vacation)
Head On Electric (Milwaukee, WA) as Nirvana (easy on those Incesticide selections, they can really stir up some moshing)
Woodman / Hentch / TJ & Alex as The Monks (Detroit's go-to Halloween party cover band tries on yet another...
Deleano Acevedo / Tiffany Gazic as Johnny Cash & June Carter (should be interesting. Might we hear "Jackson?")
Loretta Lucas / Derek Standon / Kelly Jean Caldwell / J-Rowe as Fleetwood Mac (go their own way)
Craig Brown / Todd McNulty lead an AC/DC trip (dirty deeds indeed)
Zak Frieling / Chris Campbell / Teddy Stavridis / Scott Dunkerly as The Dead Boys (quite the local punk power squad - but do they know what love is?) 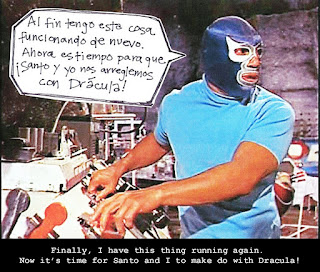 Well, if, maybe - a Halloween cover-band concert is too old fashioned for you - then how about this? Luchadores!? Spanish Vampires?

But who am I to tell you where to go... truly, ...there's so much out there in this city - so many bands, so many genres, so many weird places (even KittenAid, Sunday at the TrumbullPlex)
Posted by jeff milo at 12:47 PM