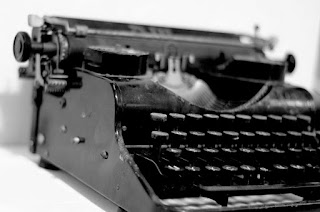 The walls have been raised two, maybe even three times now... blown down just as many. The architects have felt the blisters upon their initial blisters, the kinds thought to be the stuff of self-aggrandizing hyperbole with which the wrinkled and ostensibily steeled old folk can condescend their whippersnappers.

Detroit's The Questions have suffered that nuance strain of the artist who sees his work, has seen it, touched it, heard it, and breathed it, only to have lost it all... The manuscript's pages blown from the windowsill by a sinister gale; the sculpture's limbs shattered upon a misstep in its transportation from studio to gallery;...

Or the hard-drive storing the 12 songs you've spent 11 months of your life on...is destroyed, with no chance of recovery - as was the case with this quartet's now steadily resurfacing work: Chasing The Light (Sample here). The Questions have started, restarted, reworked and remixed this, probably their most complete and quintessential work to date, for a band that started as a rough hewn, rebel-rousing punk-duo, born from poetics, spurred by mysticism and continuing a protest/folk tradition in their own little, wild way.


"At first it was pretty devastating news," said singer/guitarist Drew Bardo, at the end of summer '10. "It really took the wind out of our sails. But upon further review, we decided that it might be a blessing in disguise. That making a rough draft album first could only advance the cause and give us the blue-print for what we were trying to record the first time. So to make a very long story short-- we are now excited about the loss..."

In four subsequent sessions, they had 10 new songs ready - This, after a year's worth of gelling as a quartet (Bardo and drummer Will Linna welcomed bassist James (Pookie) Grech and guitarist Chris Krez).

The band, Bardo said, is born again, with more "depth. We have become a solitary soul."

And, this autumn, they've leaked 66% of the album - eights songs now stream for free on their bandcamp. The songs showcase their wider breadth of sensibilities - from the gnarly growl, psychedelic snake-charming hooks and head-banging grunge-beats of opener "April Fool's" to the more toe-tapping jangled-out Americana twang of "Alchemy" -

Originally envisioned as three potential EPs, the band decided to start putting them all together as one flowing album. Still, the first four songs seem to show a more grated, throat-curdling catharsis, a therapeutic rock-heavy tear, compared to the next four songs softer acoustic shades and more melodic vocals - haunting and beautiful - "Lorna Blue's" harmonies soar along with a subdued banjo and harmonica forming a spectral lullaby. The tribal and hazy blues marches of their past come back, re-imagined, through "Wrecking Hour" and Bardo's poet-half exudes a cutting disertation on the evils of American ruling class in "Chasing The Ghost" - given a jazz flair by Krez' skills on the trumpet.

We'll see where they go from here - four (or more?) songs are yet to see the light of day.
After almost two years, Bardo surmised: "We fully believe that great art must come at a price of suffering. It comes from a deep sense of compassion. It comes from a deep sense of joy and sorrow equally. It is a sensitivity not many musicians get. There are a lot of bands making music for many reasons-- and that's fine.
"...But we do not take our craft as a hobby or a joke. It's not meant to be fun. It's not funny. It's not even entertaining. It comes from a heavy place. It's dangerous. It's difficult...sometimes even painful. Our music challenges people to ask personal questions. Spiritual questions. We instigate strange and difficult emotions. Our art is sincere. Ugly at times. It is the hurt that makes you know your human-- you're alive"