I'm through with the major music press, folks...

It's fluff has caused me to hack... 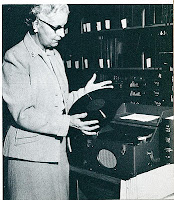 I was pushed over, today, by my father's vehement disagreement with Rolling Stone's 100 Greatest Guitarists of all time...the feature list of their current issue. Dad doesn't really think that Jimi Hendrix is technically, judged by all measurements and beyond all doubts - the greatest guitar player of all time. Set aside my accentuated eye-rolling upon scanning the current issue of Rolling Stone (in which they have this all-time list of guitarists, which includes Sex Pistols' Steve Jones and not one Venutre? ...includes Mick Ronson, and yet not Robert Fripp? Paul Simon is also on the list...And why, dad asks, is Chet Atkins and Les Paul ranked so low?)

But it's more of the same; predictable and homogeneous - like Stone running a mirror-image feature spread on what they call "Rap's New Wave" to what SPIN Magazine profiled as: "The Changing Face of Hip/Hop" - you can find Yelawolf, Big K.R.I.T., A$AP Rocky and Detroit's Danny Brown spotlighted in both magazine's respective/repetitive features. And oh, look, the new Drake album got 4 out of 5... big surprise...

But back to that all time greatest guitar player list...

I love that part: "all time..." (A two-word phrase that updates itself with the same exasperatingly microscopic distinctions atop contrived rehashes as your typical college kid's Algebra II textbooks).

Lists, in/of themselves are inane, subjective and thus dubious. Best to take mild entertainment in that they still manage to stir up fracases between fans, why this guitarist over that one, etc...

It's because we all have our own lists, constantly posted on the push-pin-stabbed cork bulletin boards of our brains - we know our own hierarchy - subjected to the whims of our most closely clung-to inspirational figures. We all, not to stretch it too far, have our own Mt Olympus, packed with a rose-colored-lens-viewed Board of Guitar God Trustees (or, whatever cultural creator, author, actor, director, whatever...) We elected our own heroes, we have our own lists...

It's easy to get upset. Especially when you love the Ventures and Mark Knopfler as much as my dad... only to see Hendrix and Clapton get the spotlight once again...

~~But even then, maybe I am a bit wistful that I missed the deadline to contribute to this year's Favorite Albums of 2011 Year End List for TinyMixTapes (an online music zine that I contribute to, on occasion). But then, many of you will probably scoff at my short list... (Let's see, what was on it... tUnE-yArDs...Tom Waits...War On Drugs...Atlas Sound...Kings Go Forth...John Maus...Glossies...) What does it matter?

I woke up today assured that I'd attempt to make a list, myself...

1. When the Beatles took drugs
2. When Iggy Pop rolled around in broken glass and the Ramones took their leather jackets on tour to England
3. When Bob Moog marketed his synthesizer
4. ...Kook Herc...Bambaataa...and Grandmaster Flash in the Bronx, early 70's,...the breakbeats, etc
5. When blues music gets mutated into rock n roll by white people who figure out how to sell it (with Elvis, et. al.) to poodle-skirted, lettermen blessed with disposable income (allowance).
6. Disco gets bastardized into Bee Gee/Saturday Night Fever glam, only to die, quickly, followed by a dance reformation of -House and -Techno

8. The day YOU realize that you shouldn't put any stock in any magazine, major music press or even a blog (this one included)... And that lists are just for fun.

Rolling Stone doesn't know *jack* about musicianship. Not a whit.