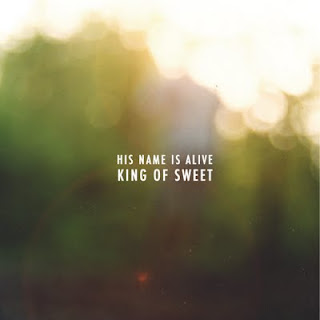 Warn Defever is relieved to be talking to a real human today.

He’s escaped the snare of his computer where he’s been mixing hours of recorded coos and claws of resuscitated baby raccoons into a full length album.

The critters tumbled out of the chimney at his Livonia home last month and perennial collaborator/and/roommate Davin Brainard joined in the rescue as both artists warily donned football helmets and hockey sticks (…hey, it could have been anything…like…“a baby monkey…or another kind of baby…”).

Or so he says. 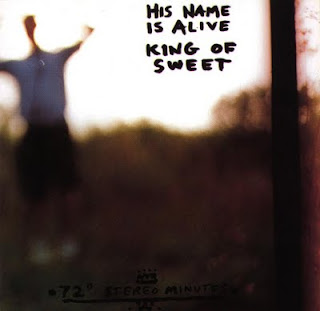 In any case, his voice sounds weary enough to certainly suggest health-testing extensions of secluded work of some kind
– but that’s not out of the ordinary for the mysterious music mystic who recently marked the 20th anniversary of his flagship project, the inherently chameleonic His Name Is Alive.


Raccoons real or no, he has legitimately finished up production on the debut EP of Detroit-based atmospheric folk quintet Legendary Creatures. “They’re kinda like a family,” Defever said, warmly recalling the affable flow of their project. “When you’re recording, it is kinda like you’re on a camping trip. I hate that in that scenario I’m the camp councilor…I’ve gotta rethink that.”

Defever is renowned for his audio engineering wizardry, working transitorily between his Brown Rice studio, his home, or the UFO Factory in New Detroit. He's also commendably constituted his own Silver Mountain Media group.

The shrewd songwriter’s notorious for creative metamorphoses: from elaborate cardboard compounds being steadily demolished by robots marching through noise-rock grinds via Princess Dragonmom to collusions with the primarily secret-show-reliant, trash-punk-pop monstrosity of the Wolf Man Band, to, most notably, the indefinable HNIA, marked by a trend of lily-pad leaping o’er genres and moods with curious fickleness comparable only to Michigan’s distinctly whimsical weather.

Shoegaze, bubble-gum, atmospheric, Americana, space-rock, even soul and r&b… For this writer, His Name Is Alive always epitomized the word: ghostly... Something that haunted you in a very ruminating, if maybe somewhat beautifully brooding manner... It was almost opulent, it was almost operatic, it sort of drifted by my window like a spectre, forever burning itself into the eyes of my ears... I saw each song's aloof melodies forever, lingering across a cerebral projection of some black n' white 8mm film of gossamer goo...

Now, through Handmade Birds Records, HNIA will (re-)release 1993’s King of Sweet LP, remastered by Defever, it may well be the quintessential frayed framing of the band’s characteristic abstractness, thriving upon open-ended song collages. Sweet had only 2,000 copies released 18 years prior, and this time around there will, again, only be a set number available special double-vinyl presentation.

“King of Sweet is a mixed bag,” Defever said. “Originally it was meant to be outtakes and weird versions of things…and song ideas. There’s a lot of birds chirping…I was really into the movie the Accidental Tourist at the time, so there’s a lot of that soundtrack on there. I mixed it in real time, this was back before they had computers. So, it’s a weird trip.”

Peculiarities arose as Defever worked to translate Sweet onto vinyl. “The number of song titles on Sweet has never quite matched the number of actual songs on the album. A lot of times, songs come later, maybe they’re somewhat random. So, then I had to split it up to the different sides (for vinyl), because it was originally just on CD. How do you address that? I adjusted the number of titles to the number of songs. The mystery is still there.” 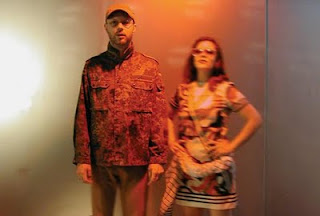 Twenty years into this kaleidoscope musical odyssey, Defever shrugs away any attempt to talk about the subtle nuances of these songs and any potential identity, or message, they may have taken on, over the years. He’s not exactly a Springsteen or a Costello type singer/songwriter, able to tumble into some quiet, cordial coffee-shop convo about what his songs meant or how everyone got it wrong or whatever.

“I don’t try to guess what I was thinking back then,” Defever said. “It’s a blur to me. I’m working on stuff right now where, two weeks ago, I listened to it and I can’t imagine what I was doing then. I wake up in the morning and it’s just a blank piece of paper.”

He takes the slipperiness of his songwriting even further.

“When people ask me: do you play in a band…? –when I’m playing guitar somewhere, I answer: No. People will tell me that their familiar a little bit with HNIA and then ask: So, how many albums do you have out? And I’ll answer: three or four…”

(Not to get hung up on facts, but it’s actually well over a dozen releases, many of them split between his own timeSTEREO label and 4AD records).

Defever said an MP3 he recently released to help promote Sweet’s re-release matches none of the songs on the final track list. “One of the things that really works for me is: no one listens to what I do.” Handmade Birds or even Stereogum didn’t seem to notice. “There’s nobody paying attention, so I have a lot of freedom, do you know what I mean?”

Asked if it was Handmade’s suggestion or his own volition to acknowledge the “birthday,” Defever said, sighing, “It’s embarrassing.”

“I’m the guy who lies about how old he is. I’m an idiot for making a poster that says 20-yearnniversary and then not wanting people to know how old we are. You’re right, I guess I made a mistake.”

“Pretty much, the rule is: I figure out what I wanna do, and then I do the opposite.” 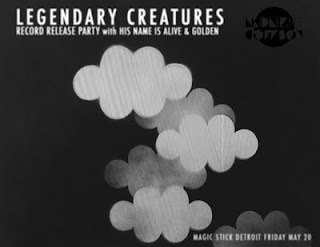 When asked about the line he toes, between art and music, noise and melody, songwriting and performance: “To be honest with you, I’ve been tring to sort of figure that out for myself with these bands. At what point can I announce that we’re gonna have a Bike Ride, a 20-year-anniversary-Bike-Ride, and call that a His Name Is Alive event. And how is that different than the bike ride I had last weekend?”

“It’s like, when you go to Subway and you get a sandwich, it’s $5 per foot, or something. If you go to Panera Bread, it’s $7. And if you go to the fanciest restaurant in the world that has lavender-infused bread made out of cashews, -that’s like $25. And you know that’s art. You can tell. But you’re not sure if it’s art at Panera Bread.”

Does that make the songwriting process, for the mind making all these meandering songs, more of a personal, or impersonal experience?

“No! The question is for you! What is the answer?”

“There’s a part of it where I feel like this music is sort of personal and it’s sort of what I’m doing and it’s way in my head, but at the same time, I am putting it out there. I’m not all the-way-Emily-Dickinson, ya know? But it works. It’s an uncomfortable compromise where nobody wins so…