There may only be two of them, but you could never call them minimalists (look at all the shit they're packing with them on their forthcoming midwest tour: sax, fx-boards, synthesizers, bass, drum-kit, sampler...)- thus, they fittingly go just as big on this track, giving you get an eight minute jitter-jaunt of avant-garde garage-punk sprung disrputively into space-rock territories. (Say, the "territory" traversed in this video kinda looks  like Woodbridge).

They'll be back "home" on June 14th - but more on that, later. Have a great Wednesday, everybody.

Silent Giants bandcamp - - facebook
Posted by jeff milo at 9:17 AM No comments: 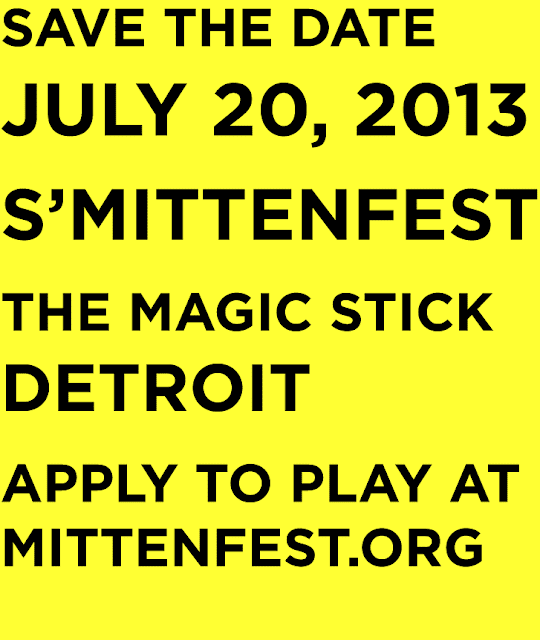 What We Do Is Public

No one wants to frame this article and no one will remember this lead sentence and damned if you’re going to take my word for it that you are going to want to be at this show, tonight.

You can maybe hear my voice through these disjointed discourses, but my words will have no color to them. Writing about music’s insufferable. 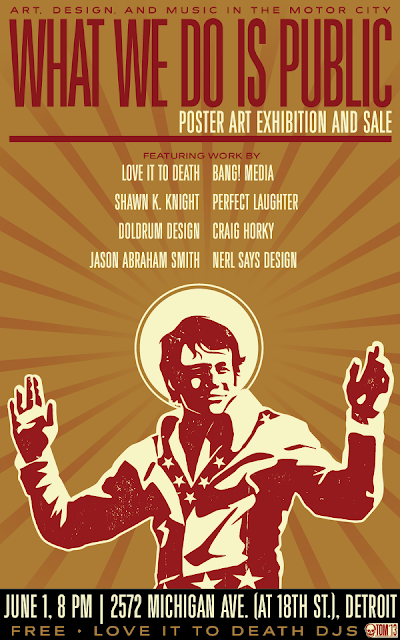 And you can make music with your art. Art that’s about music. Art propping art.

`
Love It To Death www.loveittodeathapparel.com

What's a Band? Freak-out and Re-Fresh 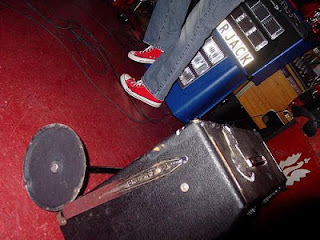 The Rolling Stones are 51 years old. Their songs are twice as old as you. They haunt the halls of the modern Music-Macrocosm – They echo up from behind us, insistent bony Nosferatuian nails tapping on our shoulders. Whose listening?

They are an adjective onto themselves, now; an idea. They're a style that is itself not a style but a stirring of a mixture of a hodgepodge, a mumble of a whisper of a legend. Like some Holiday Tradition –its observances and choreographed ceremonies survived by heavily obfuscated (and perhaps forgotten or mis-told) origins.

And now everyone, everywhere, is trying to re-invent music. Re-invent EDM, re-invent hip-hop. Start a new holiday. How will our hyper-reflective, hyper-reflexive, hyper-retweeting selves look back upon the Religion of Rock music, 100, 50, or even 25 years from now?

Some think that these cathartic ceremonies, the punks and the drone mystics, the wordsmiths and the dance shamans, the rock n rollers, some think that these religious practices should be inherently fleeting. A run. A tank of gas, just one gallon, that runs out. A shot-put. A high jump. To BURN-out, rather than fade away… This is it. Your band. Go. Write songs. Collect them, put them onto albums. Release those albums. Did you stick to the wall? Did your boulder roll far, did your stone, in fact, roll…Did it knock over all our ear-pins? Did it lose momentum? Did your band, four components as a metaphoric-muscle, not flex or cramp-up? Did you stop rolling? You had your chance… Other bands are rolling onward and you’ve hit a rut.

But now bands are lasting. They’re being preserved, some way, some how… They’re 51 years old. If one band lasts 10 years, another lasts 20, but your band only lasts for five months, than what is the difference? Was your “band” –a band? Or were you whimsically toying with the hollow tropes of the Rock Religion? Playing dress-up with the vinyl album hats and scarves you clumped from your wardrobe turntable?

And why are we always trying it one way, but assuring ourselves that we’re out to reinvent it? Why not blindfold yourself, turn around backwards, jabber away in a new language, grunt it out, and try something…not “new” but crazy?

The Cro-Magnon creature discovers a tool by mindlessly beating the earth like a drum with broken bones.
Something out of nothing.

You won’t take my advice because music critics liking weird sounding esoteric shit that jars against your ears proclivities towards pleasing pop-structures is all too commonplace on these hipster blogs. But I don’t mind. That the critic would sanctify the strange is, itself, a cliché… Something you’d expect. So what good would it be for me to recommend that you swim through this startling sea of chaos (and by that, I mean, a piece of music… If you can even call it “a piece.”). What good would it do? Maybe you’re still reading…

...Good. Thanks. Well, this whole write up was inspired by the newest work of Colin Stetson. He hasn’t reinvented anything. And I don’t want to say he’s INVENTED anything, either. It’s just refreshing to listen to a piece of music and say that I don’t know what to say…

~
Also refreshing?
A.)   There’s a new Musicalinspired by King Kong.
B.)   It features EDM/trip-hop icons like Massive Attack, Bjork, Justice and the Avalanches.
C.)   This is flabbergasting and effervescent all at once.
D.)   I’m “happy” to hear anything new from the Avalanches