Jim Roll: The Continuing Adventures of the Butterfly Kid

For the last decade or more, Jim Roll's been to the side, behind the scenes. He's always at the edge of the spotlight, the dude at the boards mixing and remixing, producing the works of several of the most prominent players and bands on the Michigan scene.

It's never been about him. 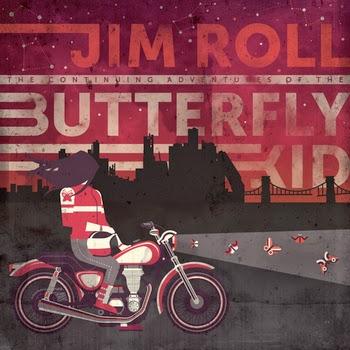 But, really, he's like the cog of a grand wheel... each spoke a band or an album.
That's part of what makes The Continuing Adventures of the Butterfly Kid so special. Another part would be how long we've waited for this... There's contributions from Frontier Ruckus' Matthew Milia, Great Lakes Myth Society's Jamie Monger, along with Carol Gray from Misty Lyn & The Big Beautiful... Hey, Misty Lyn, herself, is on here too. There's also Ryan Howard and Scott DeRoche, who perform with Roll in Drunken Barn Dance. These cameos are from singers, songwriters and musicians who know, first hand, about Roll's talent, a talent that's just as big as the dude's heart. We could go on... How he puts a lot of heart into his work and all that...but you probably want to hear some music...

The sound is inevitably colorful - a venn diagram of sensibilities gravitating twangy pop, experimental rock and a lo-fi Americana-strut into its decorous atmosphere. Why do I want to name-drop Yo La Tengo, or something similar? There's a pure pop sound in there, something almost college-rock-ish, but curtained with hazy synths and skewed with those spacey guitar vibratos.

If I could pick a winner - it'd be "For You." Mid-tempo, sure; not so much a ballad, yeah. But beautiful. Those cellos under twangy guitars, a haunting mystique aching to soundtrack some starry-sky lit night-drive down the endless two-lane route toward restful rumination. It's exemplary of his careful balance of a considerable amount of instrumental elements.

Roll exhibits an outstanding range in his voice... not so much in register, but in inflection. He can go into a weathered, wise, crooner and then revert back to the youthful yowl of an exuberant, 20-something skater psyched-for-life. He's waving around that baritone register for most of his delivery - fitting since he's best suited behind a bass guitar. 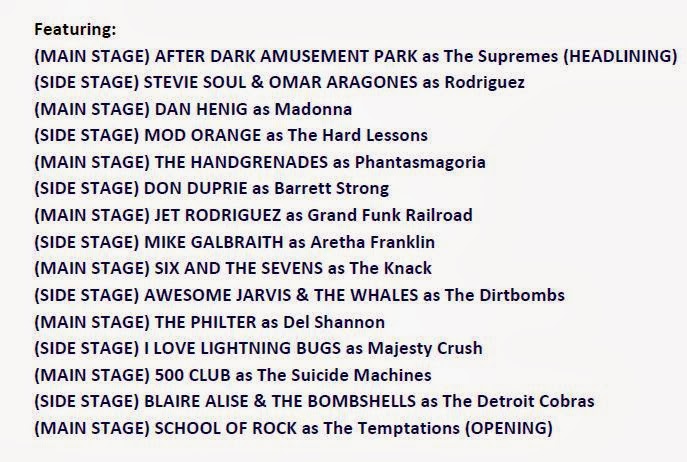 To where are we headed? What's our motivation? Why do we want to go there and what's so good about it, what happens when we arrive? How will we know when we're there? Should we ever stop? Pride can fuck with us. Pride can fuck us over. Anxiety dictates our wardrobe and self-esteem dictates our diet, but what about a grasp of the situation, a grasp of any situation: perspective. A place for everything and everything in it's place. Store it all into the cupboards of perspective. The perspective cupboard. Keep it all there, nice and neat and in complete disarray - because order is futile, success is subjective, embrace dishevelment and see the beauty that no one else seems to notice; hear the melody that is too often drowned out by white noise and close your eyes tight to envision a new world if this one's too fogged out by the polluting fluorescent radiance of a clustered cities shopping centers. Dust is elegant and voices crack and you'll never say it just how you want to say it, right at that moment. So smile, at least. Consider the astonishing vastness of reality. But, also, just keep perspective - embrace whimsy, laugh easy and remember to drink lots of water. Stretching might not hurt, also. Long rant short: don't give a fuck what anyone thinks of what you do...think only of what you want to do next.

Magic is something that science just hasn't explained yet
-Ryan Cox, The Good Things

Achievement is its own reward, pride obscures it.
-Major Briggs, Twin Peaks
Posted by jeff milo at 11:09 AM No comments:

Taking a listen, specifically, to Jon Zott's remix as he explores/re-mixes/re-imagines the new single from Tunde Olaniran: "Black Boy" (Released this month on Michigan-label Quite Scientific)

That one could reinterpret Tunde's works in a multitude of ways speaks to the multitude of styles surging through the artist's essence - Even more fitting that a song lyrically defying conceptions of identity and evading quantification be sliced up and respooled four different ways.

Zott's got a cool take. There's some early 80's synth-pop and an eerie bubbling of krautrock shuffling through Zott's grooving remix - shifting the pitch of Tunde's voice to lower registers to match the dark bass and woozily slithering effects, atop a tight, marching beat that could easily start a dance party, paring back the more caustic, tribal-techno pound of the original for a smoother slide.
the works of Tunde speaks to the inherent multitudes