"..And what the hell were you putting your faith in / something you could not, someone you look too / and now you watch it, always floating over / what you would long for, what you were born to" -- The Dodos, "Don't Try and Hide It."

2011 was about the truth. In the heavy sense -- if that's your interpretation. But having to do with music, truth in that you should honestly embrace the things you enjoy, no pretense is necessary. There are no barriers at this point and technology such as Spotify and turntable.fm only serve to enable more discovery and endless choices. But, I also went to a local album release show where the door cover came with a vinyl copy of the album. I've had my eyes on one of these, too.

I'm more open to the fact that there is all types of music I love and shit that I just can't get into. Good taste? Poor taste? Let's get over ourselves.

iPhone or phonograph - it doesn't matter how; just keep listening.

Here are some of my favorite musical things from 2011: 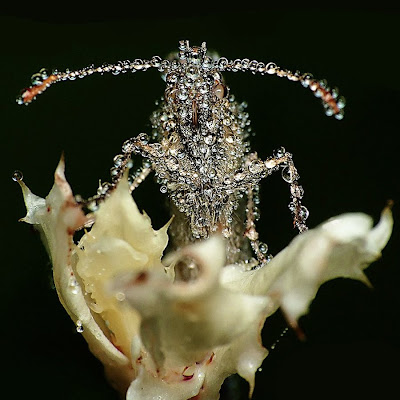 I spent many Monday evenings this year in a warm, candle-lit room practicing Yoga. During my regular gym workouts, I would often escape to the wooden floors of the vacant Yoga studio for my own personal "Vinyasa" time. While stretching and bending, I would listen to Gang Gang Dance's Eye Contact on my iPod. Although it is an experimental electronic album, the soundscapes whisked my mind away to spiritual planes, with the mysterious coos of vocalist Liz Bougatsos hypnotizing me into a supernatural trance.

Eye Contact opens with a swirling, epic journey as the 11-minute "Glass Jar" transports the ears into an alien world of musical mysticism. From there, the album continues to take risks as it becomes some of the most delightfully strange music since 1970s jazz-fusion and ambient: Billy Cobham meets Tangerine Dream? Perhaps. The bizarre digital disco of "MindKilla" highlights the album's fascinating DNA: an advanced, hybrid creature dating back to the Jurassic era that crash landed from another planet into our digital frontier. But this thing is not a nasty Predator, more like a sacred warrior sent to free our spirits. Namaste. 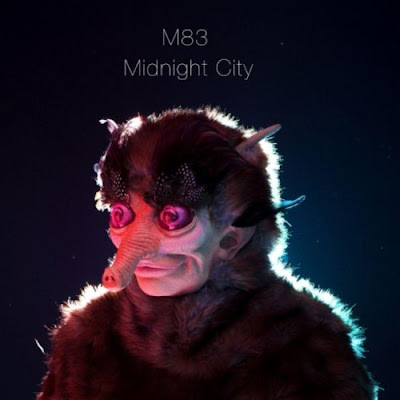 Was this song on the Donnie Darko soundtrack or in a John Hughes film? The lead single from M83's delightful double album Hurry Up, We're Dreaming, "Midnight City" is an instant classic that accomplishes the rare feat of eliciting nostalgia while also sounding fresher than anything from the bygone era it makes one recall. Who cares if it was used in a Victoria's Secret commercial, its blissful crescendo of synthesized organs and romantic bouquet of bass will keep this beautiful track burning for ages.

Aaron Jerome aka SBTKT makes fresh beats. Think of him as the feel good version of fellow London-based electronic maestro Burial. Groove heavy tracks such as "Something Goes Right" and "Right Thing to Do" make a case for dubstep flavored music being more complex and rewarding than the stereotypical "WOMP WOMP" heard in certain clubs. Moving beyond that to the bigger landscape of pop production, on "Wildfire" he supplies guest vocalist Yukimi Nagano (of Little Dragon) with a buoyant backdrop that elevates her to her finest hour -- and herein lies this kid's potential.

Curren$y is a very busy man. Between numerous mixtape and album releases in 2011, he made time to collaborate with producer The Alchemist for Covert Coup. Quickly gaining stock as the most charismatic rapper in the underground, Curren$y's butter smooth flow is reminiscent of Reasonable Doubt-era Jay-Z: street riches, being fly and living the Mafioso high life. Supplied with an arsenal of potent instrumentals from The Alchemist that coat the New Orleans bred Curren$y with a Manhattan flair, Covert Coup is as slick as a Navy Seal hit.

Although solo cuts such as "Success Is My Cologne" are ice cold, Curren$y is at his best here when sharing the mic with other rap titans, such as Prodigy of Mobb Deep on "The Type" and Fiend for "Blood, Sweat and Gears." The latter track features fellow New Orleans rapper Fiend, who some may remember from the No Limit Records hey-day of Master's P '97 hit "Make 'Em Say Ugh." Gone are his Mystikal growls, with Fiend now delivering a syrupy flow that crackles and burns over Alchemist's jazzy neo-noir. But, Curren$y's best duet is probably still ahead of him; he's remained prolific since Covert Coup, releasing another three projects and counting.

I'm not a huge fan of Lady Gaga and the band Wild Beasts never did much for me. That being said, this far-left remix by the indie band struck a chord with me, with its bombastic waves of echoes that make Gaga's excellent vocals shine. But the stellar, moody piano breakdown is what really puts this in the pantheon of a classic electronic track in the vein of late nite '90's radio.

The lyrics and even some of the song titles ("Peeping Tomboy") on Kurt Vile's fourth album, Smoke Ring for My Halo, tip-toe the line between tongue-in-cheek hyperbole to poetically profound. But Vile's playful sense of humor is what saves him from being another self-serious folk rocker boring us to tears as he strums sad, depressing shit on his guitar.

Amid the controversy surrounding one of the album tracks, "Baby's Arms," being included in a Bank of America commercial, Vile inadvertently gives a response to the OWS crowd on "Puppet to The Man," as he sings: "I bet by now / You prob’ly think I’m a puppet to the man / Well, I shout it out loud / Because I know that I am / Sometimes I’m stuck / And then I think I can’t unglue it / Will you help me do it?". It's a moment of brutal honesty on an record full of frank admissions. And in a corporate world, there is really is no escape unless one is Amish: those protesters are shooting video on their "Made in China" Apple iPhones.

Vile has stated his music isn't a venue for his political views. Smoke Ring for My Halo could've been made by a street busker, it has the sentiment of open mic nights and Greyhound Bus road trips. Fortunately, Vile has the musical chops to elevate this into a shimmering bar of AM GOLD you can hold in your hand. It's about the irony of the human experience -- the real and fake of it all -- to quote Vile: "In my time I was whack and wild / I was just being myself, damn."

Blue Songs, the follow-up to Hercules & Love Affair's classic debut, was a criminally slept-on record. For one, it was released in the US after being available in the UK for over eight months. Perhaps it was the lack of this Moshi Moshi released sophomore album not having the back-up of DFA records that the first one did, or was it the strangely tepid reviews from critics?

But there's no denying the power of the record's first single, "My House." It thumps along with the ferocity of a techno classic, with newcomer Shaun Wright's vocals commanding rumps to the dance floor. Big Fun.

With his latest album, F.A.M.E., and his recent media outbursts and personal issues, Chris Brown has become the new Bobby Brown of R&B. Brown has ditched his boy-next-door looks and embraced the bad boy image, dying his hair blonde and inking his body with tattoos. On a pop-culture level, the re-invention is interesting, especially since the music he's made recently has been very entertaining. F.A.M.E. has spawned a slew of blockbuster hits, from the Usher inspired "Yeah 3x" to the Michael Jackson/"Human Nature" tribute of "She Ain't You" or the addictive Benny Benassi produced "Beautiful People."

But the Diplo (yes) orchestrated posse cut "Look At Me Now," his most bombastic work since "Paper Planes," is definitely the highlight. Busta Rhymes murders the beat with his rapid fire delivery. Lil Wayne does his thing (personally, I can take or leave him) and Brown mixes clever braggadocios one-liners and ego-flexin' croons. One wonders what if M.I.A. would've had this beat instead... where is Maya, anyway?

After marrying Mandy Moore and learning to play music again since being diagnosed with Ménière's disease (a disorder of the inner-ear that can affect hearing and balance), the notoriously prolific Ryan Adams returned with Ashes & Fire, his first album of new material since 2008's Cardinology. On his thirteenth record, Adams returns as a solo artist following the quiet dissolution of his tight backing band, The Cardinals. Ashes & Fire is a mellow affair, with Adams at his most tender and humbled. Embarking on a worldwide acoustic tour, he's applying a fragile touch to his catalog, armed with only a mic and guitar.

On December 5th, Adams hit the Ed Sullivan stage for a special webcast concert that ran for over an hour. David Letterman has featured Adams as a musical guests many times over the years, but this was by far his best performance to date - touching on new songs, tunes from Heartbreaker, a splendid version on "New York, New York" on the piano and even digging into some Whiskeytown tracks and covering Bob Mould. Stellar.

Forget about "Ni@@as in Paris," this long-due sequel to "Verbal Intercourse" has been many hip-hop purists Holy Grail -- well maybe that and Detox. Riding a Wu-Gambino inspired beat, the two New York rap legends trade swagger-dripped barbs. Although it won't go down in history like their Cuban Linx... collaboration (for one, Ghostface Killah is absent on this go-round), "Rich & Black" truly feels like hip-hop royalty commanding the throne. 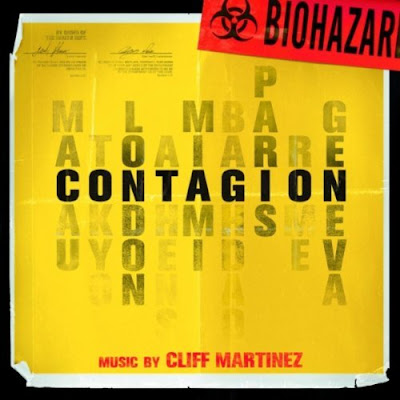 In the vein of Trent Reznor and Atticus Ross' brilliant, Academy Award winning The Social Network score, Cliff Martinez has delivered this year's addicting soundtrack. Full of dark synthesizers and chilly atmosphere, Martinez has created a fantastic, stand-alone work that could've been a score to an Alex Jones documentary or an international spy thriller starring George Clooney. Even though you could hear these mysterious tunes on NPR or in a museum and not think twice, as someone who found Contagion to be perhaps the best film he saw in 2011 (Martinez also scored another one of my faves, Drive), Martinez does stay true to the biological nightmare of the film as I often recall Matt Damon's character caught up in the frenzy of a viral apocalypse, or a choking Gwyneth Paltrow.