What follows is the first of three consecutive posts about an event hosted this Friday evening at MOCAD, featuring vnesswolfchild, The Imaginotron, and Matthew Daher.

The MOCAD event is a pre-party for the vernal equinox...a spiritual thawing, if you will, where we can melt and meld. Each performer will incorporate new explorations in sound, light, costume, installation and audience participation. Local astrologer Alexander Weyer will also be there providing prose, stories and insight into the planetary energies of the night...

...and today, I'm sharing a recent conversation with Matthew Daher. Daher takes neo-soul and electronica and takes it to the interplanetary spaceways. He is an explorer, a sculptor, unstuck from convention. 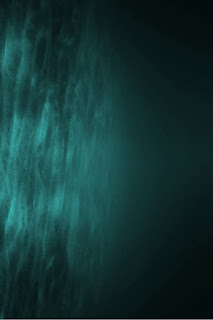 Asked what attendees of Piscean Dreams: An Evening of Inward Swimming can anticipate, Daher responds: "Wonder... Unabashed positivity.... Immersion. Cozyness... A change of pace from your typical night out...."

Each of the three artists will be doing what they do best, pushing boundaries..., but also dissolving boundaries. This could be a powerful evening where you can attain a further, very further, appreciation for the binding essence of music and its affect over the human experience.

"Vnesswolfchild and the Imaginatron are two of my favorite Detroit acts to experience live," said Daher. "And it’s interesting you put it that way – ‘dissolving boundaries’ – because this is resonant with the title for the evening as well – “Piscean Dreams.” Pisces is a sign associated with the dissolution of boundaries, with murkiness and oneness."

Daher came to my attention around 2014. A multi-faceted artist, musician, producer, he released the eclectic, elastic and kaleidoscopic arrangements of Dwelling Lightheartedly in the Futility of Everything, a fusion of ambient-noise, expansive post-rock ruminations and cerebral cyber-soul.

"...in addition to boundary-dissolving I think we each all share an orientation towards facilitating healing, transformation, and self-love through performace. It comes out in different ways for each of us. vnesswolfchild leads the crowd in repeated communal expressions of gratitude: “I love my body.” (The Imaginotron) closes sets with a group huddle/cheer/celebration of the present moment that creates a sense of belonging and inclusion among strangers. A lot of my music addresses struggles with depression/anxiety/codependency with a sort of playfulness and positivity that seeks to ease the burden of stigma and remind people that they are not alone. I think recognizing that commonality played a big role in my wanting to work with the two of them on the same bill."

Daher, it turns out, is the initiator of this super-group of psychedelic healers. He had been fantasizing about linking up with these two artists for a while and finally hit them up. From there, the concept developed organically, as Daher has been fascinated with astrology a lot more in recent years, and the date came to coincide with his birthday (as well as a nearness to the vernal equinox). "We’ve each been approaching this as an opportunity to go deeper into our practices as performers and facilitators of group experience," said Daher.

But they also wanted, aside from their three performances, to link up with another energy source (i.e., artist/person) who could serve as a common thread throughout the night--so Daher's friend Alexander Herbert Weyer will be joining as Master of Ceremonies, infusing the collective experience with his astrological knowledge and spiritual guidance.

What I'm most curious to know, as I interviewed these artists, was what drew them towards a performance style that was intuitive, improvisational, exploratory, avant-garde, experimental, or just taking conventions and throwing them askew...

"Well, about five or six years ago I reached a point where a band on stage playing for a uniformly seated or standing audience started to feel one-dimensional for me as an audience member, as well as a performer," Daher said. "I wanted something more. In saying that, I’m not implying a hierarchy where experimental or interactive performance is objectively more valuable or refined or something, it's just that at the time, my spirit was moving me in a different direction."

Daher had also been reading Brian Eno's biography at this point. Eno had already been a major influence on Daher, sonically, and learning about "...his brazen willingness to explore, create in different art forms, and try new things without letting his lack of 'proper' training shake his confidence or curiosity..." was a timely inspiration on Daher.

And after that shift, Daher started seeking out video artists to collaborate with, and experimented with integrating his meditation practice into improvisations on a drum kit. After that he started working with dancers and exploring his own movement practice. And pretty soon Daher was working as frequently (if not more) with dancers and visual artists as he had been with other musicians.

"Working with dancers in particular shifted my approach to a lot of things," he said. "From performing to how I interact spatially and socially with other people, and especially to my playing on the drum kit. I’m more present in my body, and more aware of the senses through which an audience is experiencing what I am sharing with them. There is a synesthetic quality of experience that arises when watching or participating in kinetic and sonic energy exchange between dancers and musicians. It’s reactive, it’s responsive, it’s present, it’s the body’s wisdom and intelligence expressing itself. I haven’t been performing with dancers or other artists as regularly over the last year or two as I’ve been trying to hone in on the music for this solo set."

"I think that cultivating a grounded, intense, embodied quality of presence is necessary to hold space for a room full of people in that stillness," said Daher. "That’s one of the ‘several extra miles’ for me – one that’s not necessarily as tangible."

Daher's focus over the last year or so has been his solo project, “Wisdom to Know the Difference” – which is what he'll be performing at MOCAD on March 16th. His approach to composition, recording, and performance has shifted a quite a bit over the last few years.

"When we last talked I was releasing “Dwelling Lightheartedly In The Futility Of Everything” and was living what felt like a sort-of musical double life," he admitted. "As a percussionist playing improvised music my practice was to be a vessel for realizing transient sonic possibilities, and in a flash un-preciously leave them behind. As a producer my practice was the opposite -- to dive into one momentary sonic gesture for days, weeks, months at a time, basking in and nurturing it until it found its home. There was a sense that had been growing inside me for a long time -- a sense that a confluence of these two streams of creation was imminent...."

“Dwelling…” was a pure studio project, he said, with the temporal and energetic disconnect between his experience of realizing the music and the listener receiving it were a major source of pain for him. He said that he "...could commune and connect with audiences playing purely improvised music – but there were more dimensions that I wanted to be able to offer/share with them in a live setting. I also wanted to scale everything down to a solo performance to keep things nimble..."

"The Wisdom to Know the Difference” is a set built for performance that integrates his practices as an improviser and producer. Each piece in the project is a song-structured web of intended and unintended sonic consequences. His vocals and improvisation on drumkit are effected, blended with lush and nuanced textures and samples, and trigger other samples/textures/sonic events at varying degrees of randomness/predictability. "I’m essentially building environments that are a playground for exploring intention and control," said Daher. "This project is an exploration of control on both a creative and spiritual level. It is an analogy in sound for the human predicament that the Serenity Prayer illuminates and interrogates."