Part 2 of our Metro Times Blowout mini-series –
featuring personal picks from the bands on the bill.

Last week we read the viewing and listening preferences of Friendly Foes’ Ryan Allen and Zoos of Berlin’s Will Yates. 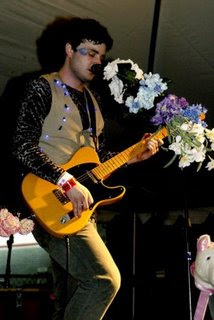 “My must sees are:

-I've heard the new record and haven't seen them in

about a year, which makes me curious and excited. Colin (their

drummer) did an excellent job recording them. (Thursday – K of C Lounge)

couldn't be more excited and proud of him. What a good dude. (Thursday – K of C Hall)

Cock rock glory with the world's most

-haven't seen him pay in about 3 years, and

really want to this time (Friday - K of C Lounge)

who the fuck knows what kind of shit they'll pull? But I'm 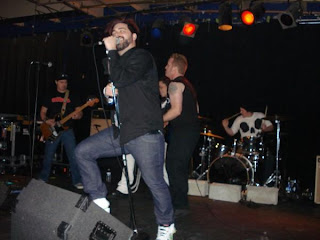 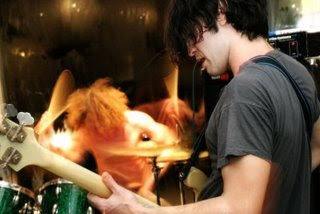 Friday: Kelly Jean Caldwell (K of C Lounge): because she's an amazing singer, and she has a song titled "blood."

Saturday: The Sisters Lucas (K of C Lounge): because the have beautiful vocal harmonies, and Julie can drop some stand-up comedy like a flip of a switch

Saturday: Gardens (K of C Hall): because they're my roommates and they'll kick my ass if I don't show up. And they're really good 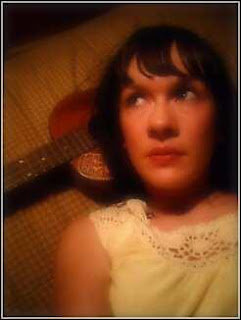 
Up next, some choices of blues/goth/folk/country/rock-n-roller Jeff Howitt, from Duende and Pinkeye. Like last year, Howitt’s Loco Gnosis label will take over Paycheck’s for the night of Mar 7 (Saturday), featuring the noisy spook rock of Red China, the aristocratic pop/surf-and-swing of Oscillating Fan Club and Detroit’s great poet/provocateur John Sinclair, performing alongside the formidable freak-fest of the Pinkeye Orchestra. 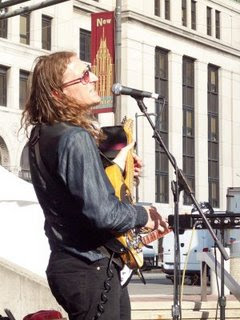 It will be hard to go pick up our packet with Silverghost, Octopus, Child Bite and Electric Fire Babies playing all in a row. Seriously. A line up like that is monumental and I have to breathe-in every minute of it.

Fields of Industry - New Dodge Lounge They keep that Velvet's shade of malevolence inside their lush beauty where other mid-Michigan bands give over to the syrupy. Actually this is another dream bill for me with Millions of Brazilians, Marco Polio & the New Vaccines and Love Meets Lust but I have to go see Devil Fish at K of C Lounge. After that I am running to 3141(Locker Room) for To The Bat Cave who has Ray from OFC, Leslie from MCD, Tony Vega from you name it and wild man Justin Walsh.

Afterwards it is completely up in the air. I have no idea what I am going to do..Mick Bassett, Sex Ghost!, the Decks, Beard of Bees..I almost want to go see Zoos just to remind Colin to give us a PINKEYE recording he made at a drums only gig!

Woodman who are always gracious, cool and full of energy at Paycheck's. Beyond that I'd check out the Uproars at K of C Hall. Any phase of the

Muldoons development is worthy of seeing. I'd also check out Madame XD at Trowbridge House of Coffee. Truly a Detroit original while maintaining all it's roots. The Manton's are also a top pick. Great lyrics, great picking, great vibe.

Wildcatting may have something more than usual/unusual with former Bear vs. Shark singer Marc Paffi so for me it's a can't miss. Otherwise I'd have to go see the full throttle Michigan rock'n'roll of Mazinga at Baker's Street. If I didn't mention Stare into the Sun whom our bassist consider a operatic genius at Kelly's I'd be pinched.

Dutch Pink at Paycheck's. They are doing a specia l long set and if you have never seen them wind a night up then down you haven't fully lived it. These guys hold the scale of what's possible.

Late 60's troubadour Rodriguez at the New Dodge is my pick. We ran into him at 4th Street this year and he came to our Dennis Coffey show this past summer. Detroit cool at it's coolest.

Magic Shop at K of C Hall. When people scratch their head at where all the roots and country comes from I have no idea how they haven't sniffed it out earlier. Band is top notch and mean to boot!

If I could transport myself and catch the Readies while we play I would. Otherwise people should just come and see DUENDE! and stay. Pinkeye will be doing a set with John Sinclair and not just because of my involvement but if you haven't experienced this progenitor of culture and Detroit-mythos and creed you should really check that one off the list. 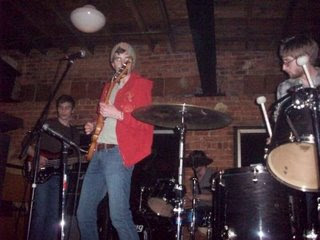 Prussia…who I had asked for their picks, thinking that they were on the bill…corrected me and responded with a polite reminder that they weren't going to be in Hamtramck that week, and are in fact playing the Pike Room with fellow experimental indie/folksters Ohtis, and Mississippi swing/pop’ster Dent May on Saturday March 7th. …just so ya know…