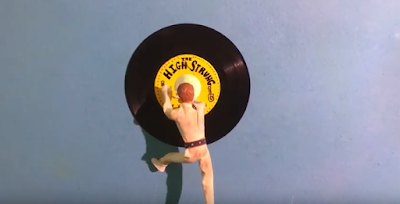 The High Strung are back in action. Back in rare form, really. It's been almost four years since their last album, I, Anybody, but they're returning with even more energy and soul as guitarist Mark Owen, a co-founding member, comes back to the fold in time for Quiet Riots, a new batch of songs the group plans on releasing later this summer. I'm thrilled to debut the latest single, "If You Wanna Roll..."

....I was curious if singer/guitarist Josh Malerman and artist Allison Laakko could spin together a music video earlier this week for my favorite song off the new album.... And I give you...


Owen rejoins Malerman (guitar/vocals), Chad Stocker (bass/vocals), and Derek Berg (drums/vocals) after a time away. That trio sustained the band during a 6-year span throughout much of the 2000's, during which they went on an odyssey-like non-stop tour together. Guitar sage Stephen Palmer is already marking his eighth year in the band and you'll hear his sinewy guitar streams throughout this song and particularly blazing as it builds into the second chorus. Not that you need a condensed history of the band, but its notable how intertwined their personal and musical lives have been. They basically grew up together, and have been making music together for half of their respective lives--and that chemistry radiates infectiously throughout Quiet Riots; the soundtrack of five sonic muralists, each keenly aware of where to fill in their instrumental spaces in graceful harmony of polychromatic power-pop.

"If You Wanna Roll" embodies the essence of all great Strung songs in that it lifts you to your feet and implores you into any kind of kinetic whimsy, motion or burst that fits your mood, be it a jog, a dance, or just a stretch that shakes off the dust of a lingeringly chilly Spring. Three guitars create a cresting tide and the dynamic basslines coil across the buoyant percussion. But "Roll" gleams with that chiming piano and those anthemic harmonies. When Malerman "bah-dah-dah's" his way through the bridge, it evokes a sense of running up flights of stone stairs two at a time until you reach a precipice and leap into a levitation, carried by the backing vocals that assure you not to worry about the laws of physics... "...we'll pretend / we'll pretend..."

The song rolls past self-imposed barriers, it cartwheels over any neurotic self-doubt and it steamrolls apprehension or uncertainties. It's zen...but it's also exuberant and ebullient. And it's telling you, dear listener, that if the proverbial spirit moves you, and said spirit is willing, than they'll roll right along with you... ... I think that zen-vibe I'm picking up is coming from a band that's equipped to reach another level. They're probably already there. You'll probably hear it yourself, too, not just in this song - but when the entirety of Quiet Riots comes to light. 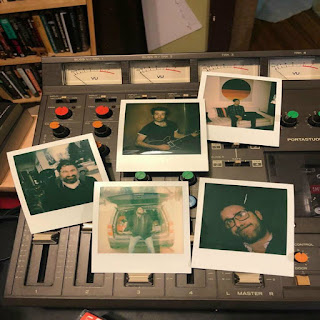