Desktop - "The City"
A handful of Detroit bands have new music made attainable via your computers (or your smart phones or whatever new glowing comm-implants or gadgety inter-phone toys). 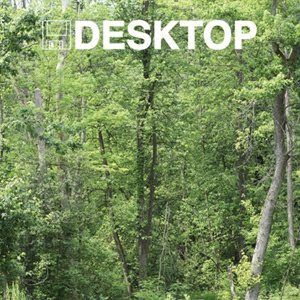 Desktop, an aptly named collaborative duo made up of Electric Six/Johnny Headband's Keith Thompson and Pop Project/Suburban Sprawl's Zach Curd, has completed it's second proper 3-song EP. Desktop 2 follows last year's Euro-Disco glitzed serving of cardio cuts heavy on sequenced beats and synthesized bass. While following the same formula (the two human halves each did their own distinctive song tweaking in separate rooms and emailed developments back and forth), 2 is more of an experimental rock tilt - guitars, bass, heavy reverb. The conditions are still right for danceability - but the milieu is one less digitized, maybe a bit more space-rock-ish but still tempered with lots of hooks and steady bass boomed underpinning.
Look/Listen here. 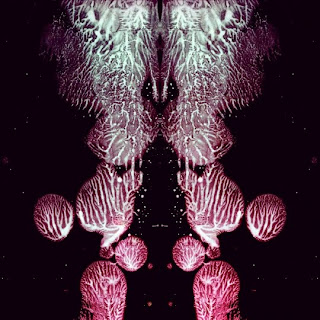 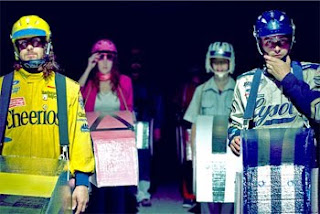 And - masters of the poignant pop -> Josh Epstein (of Silent Years) and Daniel Zott (of The Great Fiction) have released the debut EP for their collaboration, Dale Earnhardt Jr Jr. The playfully absurdist live shows where they don sponsor-strewn jumpsuits matches the forceful, roaring suggestiveness of a title like "Horse Power" for a batch of pretty little electro ditties that feel more attuned to the fuzzy goosebump feeling of grass-splayed summer night star gazing or lovey-dove slow dances in the living room when the party lights start to dim. Find their stuff online here and see how the sports world reacts, via Yahoo!-- here. Find MP3's here. 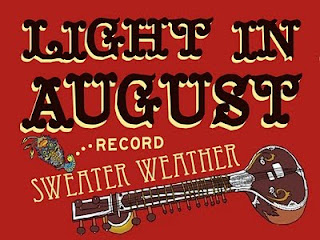 Finally, Ann Arbor-based folk-dashed, orchestral-swept indie-pop quartet Light In August are working on the follow up to their debut Places. The eclectic, summery pop rockers are engaging in the practical Kickstarter route to help fans get in on their forthcoming album, Sweater Weather by donating towards part of the production costs. For more info - click here.