Anthems champion common causes. They stoke solidarity. They're rallying cries, they're mission statements put to melodies and marching beats - They form the line and they push things forward.

Anthems energize not a singular singer, but a collective - 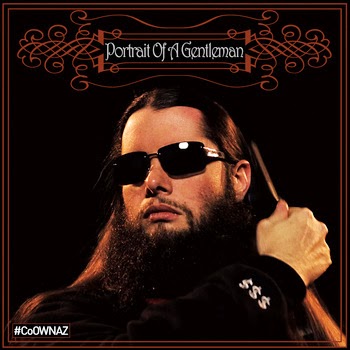 A dozen rappers around the Detroit area working with a handful of different producers, each eking their way through their upper 20's and some flirting with 30, churning through the day jobs to get back to the pen and the paper and the laptop and the sampler... and the mic...

This album embodies an adhoc community of next-gen MCs who came of age in an age of cynicism, seeking new places and fresh projects in an era of endemic been-there-done-thats. Nostalgia for the delicious junk from the 80's blends with subtle winks of their literary sensibilities while also distinguishing itself in their arcs toward the more audacious - the otherworldly, the underworldly...Like the quirkiest, coolest, loudest, quietest, dorks and diffident creative types seated at each respective table inside the hip-hop cafeteria, each trying to figure out how to make it on their own, started sitting at the same table and swapping their snack-packs and ecto-kooler boxes and began putting their heads together.

They built their own language and their own icons (a tall cylindrical candle, a tall, long-haired, bearded bon vivant and a hashtag-able phrase mangled into slangy accentuation).

#CoOwnaz... with their Big $$$ Candle and the tireless promoter of each MCs respective pursuits - Mr. Claude Merriweather (the subject of this vivid collage).

What's interesting here is that you don't get any braggadocio raps about what these guys own and how cool it is because of how much money those things cost - but you also don't get melodramatic raps about how dark and disenchanting the day to day bump-and-grind-and-bullshit can be, weighing them down and keeping them from the good life and parties and bullshit. These are also not raps about parties and bullshit.

It's a dozen different narrators telling slightly different versions of a still-ongoing story.