Two years ago nearly to the day...
FOUND SOUND in Ferndale wasn't open yet...
Co-Manager Chris Butterfield was walking me around the basement of their current space at 234 W. Nine Mile Rd. Boxes and boxes, rows and rows, like the closing scene of Raiders of the Lost Ark... A blur of cardboard containers packed with sheaths of vinyl. Everything was here - to the most obscure guitar instrumentalists from Indonesia to Michael Jackson's Thriller, some shredded copies of The White Album along with that one rare import version of Safe As Milk.

(Here's a new jam from Scott Masson, while you're here... He's performing inside Found Sound this weekend.....

The records were just waiting... Renovations were going on upstairs. The store was readying itself. Well, Chris, along with Ray Hayosh, were readying themselves. It was an exciting time - a new vinyl record shop was going to open in downtown Ferndale - just after receiving the news that our very last retailer The Record Collector was going to be closing soon.

Chris looked anxious though. He couldn't be sure, back then, just two years prior, whether this record store, or any record store, would pick up, take off, survive, sustain, thrive, flourish... in this economy, with this fickle type of fan frazzled by the degrading whims of Facebook-isms.

But lo and behold... Call it the local love, the store has survived! There's probably substantial scientific studies out there to verify my theory, but if you're interested in what I think...then I'll tell you that it's likely we get so dried out, so parched, so suffocated by the airlessness, the ubiquity, the vacuous, soundless, blase splay of the Internet's sleek dystopia, that we want to hold onto something, hear cracks and scratches and slide through grooves, we want to watch the sound as it comes from the spinning disc and resonates into our rooms, warming it up. We want to shake hands with the guy or girl at the register after we buy that one record.

And on Record Store Day - Found Sound will be packed. I can already guarantee it. It's like St. Patrick's Day at any bar or New Year's Eve in Times Square... It's tailgaters outside of Ford Field or the electric crowds of Tiger's Opening Day - you just know that the support, the fans, the listeners, the local love...will be there.

Better get there early... The shelves will be scoured. We're all gonna show some love for Record Stores...


“Actually it’s like 10 Christmases in one,” says Chris Butterfield -- Read more from The Detroit News 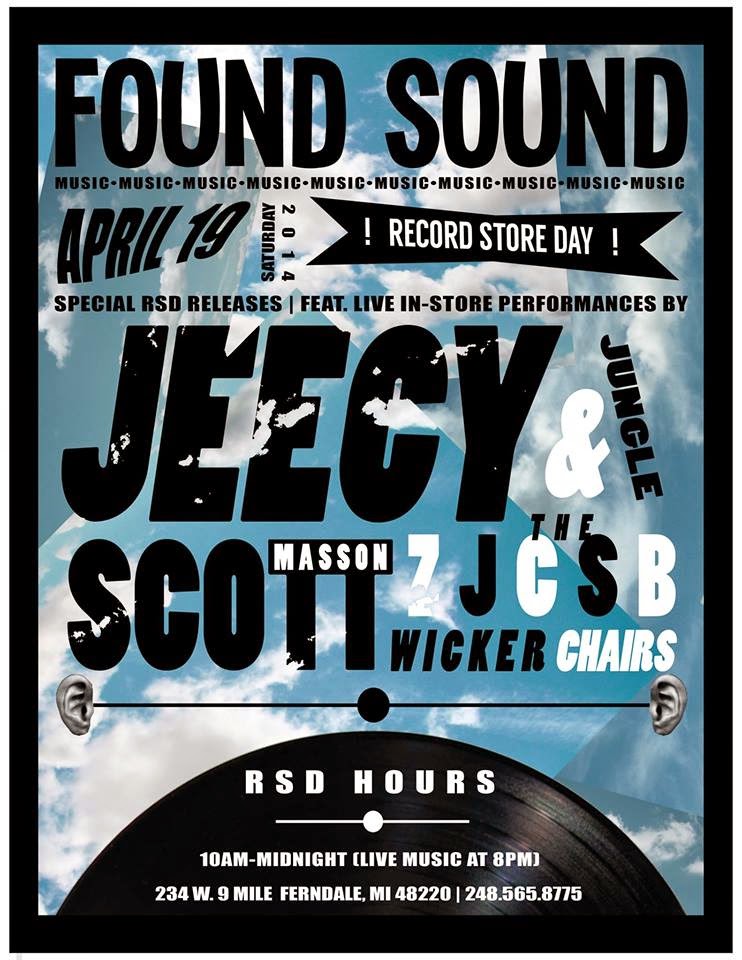