Hasan Mihyar - Woodruff's Operator: "My family is broken and I want to do anything I can to find a spot for them again...." 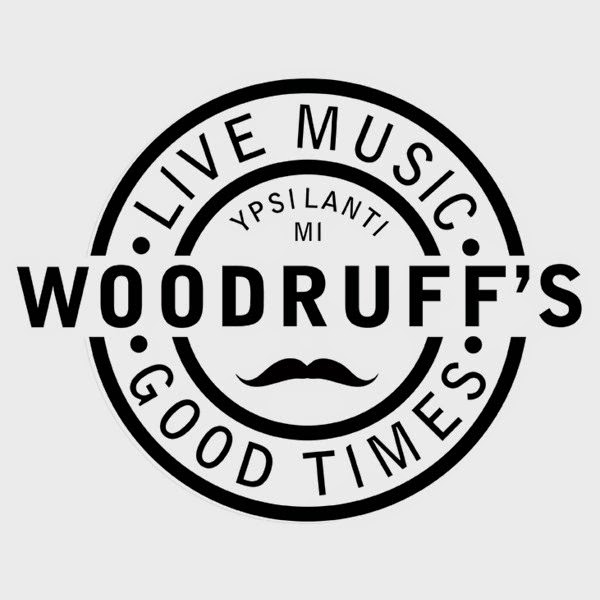 Back in January, Woodruff's went up for sale.

It was only one week after hosting the annual Mittenfest music festival where the live music venue and bar helped raise more than $25,000 in funds for non-profit education organization 826Michigan). This nightspot was (and will, for a period of time, continue to be) regularly populated and fueled by the talent and enthusiasm of Ypsi/Arbor local music scene’s fans and performers.

“I don’t remember much…(after hearing the news)” responds Jake Zettelmaier, lead singer/banjoist of regular Woodruffs headliners BlackJake & The Carnies, “…between just telling myself to keep it together and later when they found me wandering around in a daze, in my boxer shorts, covered in ash with tears streaming down my face.”

However facetious Jake was being, he gets earnest when he acknowledges that Woodruffs, just like the Elbow Room before it, “was our home base. We tried out new stuff there and knew we could always come back to our home crowd to be recharged.”

What does it mean for Ypsi?

“It sucks,” responds Zettelmaier, with no other way to say it, really. “This place is turning into a ghost town.”

But the space, which was operated by Hasan Miyar (initially collaboratively with Andy Garris), will not stay empty. Woodruffs valiantly (and swiftly) moved in to 36 E. Cross St in Depot Town at the end of Autumn 2010 just in time to provide an ideal hosting venue for that season’s Mittenfest. After three and a half years, Woodruff’s, “the venue,” the “home” for so many musicians and of so many memories, is gone…

A Mexican restaurant, Ann Arbor-based Maiz, moves in this month, obtaining the furniture and the liquor license but completely refashioning (or burying over, if you will) the lingering ambience.
“Woodruff’s was one of those places,” says Robbie Bolog, lead guitarist of Ypsi-based Captain Ivory, “those hard-to-come-by venues that’s responsive, supportive and really understands what it takes to make live, original music work.”

Even Mac Davis (singer/songwriter of Double Weirdo and Nightbeast), despite his qualms and memories of frustrating experiences, can’t deny that it “…was the last legitimate venue in town.”

“The bookers did a shit job, the shows were disorganized and the sound guy didn’t give two-shits how you sounded, but, it was our clubhouse. A place where we could easily book and put on a show for our friends and local music enthusiasts.”

At the end of the day, Davis says, “…it was a venue…” He goes on to say that, “it was a place where it was comfortable, a place where people could do their thing.”

But the simplicity of that declaration bears repeating: “it was a venue.” The bedrock of any functioning scene if to have that “place” or a hub, a meeting ground, a main stage for the local talent to get their chance, to communicate, network, commiserate, collude, collaborate…all of it. It’s the cafeteria, the arena, the breakroom and the playground, all in one…

Or at least it was…

But, the owners of the space made it clear that, despite the success of Woodruff’s, they wanted something more “long-term.” And if music scenes are inherently short-term, these happenings or bursting “eras” of inspiration and creation that have a beginning and an end, and your business depends on the fickle coming-and-going of said-scenes, well, then… One might want to bank on something more like a restaurant.

Not every venue is going to be CBGBs.

“That is gone,” says Davis. “And until another venue gets going somewhere, Ypsi will have a major void for a lot of people. For me, this was the final sign that it is time to leave town.”

"It's driving me insane, I'm trying to find a spot in the area..." (to open what would ostensibly be Woodruff's version 2.0.

Mihyar: "I approached a couple places around here with no success. Building or  renovating a spot is gonna cost a lot of money. Some friends tell me to take a breather and focus on the next step, but all I want is just move into 3000sqft spot, and keep doing what we did. I will keep a smile on my face no matter what and I'm determined to bring that huge and wonderful family back together. Again we don't get big national acts, my focus is to cater to every artist that would like to play here, as much as possible

Favorite or lasting Woodruff's memory?
Jake (/Black Jake & The Carnies):
That's a tough one. We've had so many good shows there... I always enjoyed doing Jenny Harley's birthday shows until she got sick of us.  :) But I'd have to say our last Halloween show with Chris Dean and the Gepetto files was a high point for me.  The Miss Pumpkin Princess Pageant was a last minute addition after 1/2 of the Doppelganger's  unexpectedly bailed, and we pulled it off with everybody's kind indulgence.  There was blood. Worked out well.


Robbie (/Captain Ivory):
In one recent instance, we were playing a benefit show at Woodruff’s for a local boy who was diagnosed with cancer. Two hours before showtime Ypsilanti was hit with one of the biggest blizzards of the winter, and there was talk of canceling the show. Instead, Hasan grabbed a shovel and spent the next two hours clearing over a foot of snow off the sidewalks, parking spaces, and digging out our van & trailer. The show went off without a hitch. If that’s not a testament to his love of Woodruff’s and live music, I don’t know what is.

Both Black Jake & The Carnies along with Captain Ivory are working on new material to be released in the next year or so; the former is wrapping up its first formal LIVE album while the latter is performingg on May 3 at Ann Street Music Room in support of its debut LP on Gangplank Records.
Posted by jeff milo at 9:30 AM