Bands these days have to get craftier about their collected recordings... Albums? Singles? How about Doubles...?

Local fuzz-pop quintet The Bruised Reed started building their own special series of recordings back in March when they released Doubles Vol. 1 - succinct, utterly digestible, quick-but-not-too-quick audio excursions that could showcase their new material, indoctrinate new fans or just keep their building-fan base contented for the next couple months... Playing shows is one thing, but there's something to be said for the intimate exchange, be it at home with headphones, in the car or on your phone, you...alone...with the band...and fresh new sounds to dig...

Doubles Vol. 2 went up online earlier this summer and I, personally, hope you try it on headphones, because their upping their production game; "How I Learned To Stop Worrying And Love The Culture War" blossoms immediately with this dizzying and dazzling swell of synthesizer tones throbbing across the channels before Kirsten Wheeler's whispery-yet-full voice whisks over the steady beat. Setting the stakes high with a culture war yet keeping the motif to a more cool, calm and collected pop song tempts me to conjure references to Yo La Tengo... BUT... It'd only take the space-rocket ignition of "Too Blind To See" to unhinge that hazy mellow and take things more into the indie-rock stratospheres.

The band is celebrating the release of Vol. 2 on September 19 in Corktown,with a performance at the Indian Summer Microfest 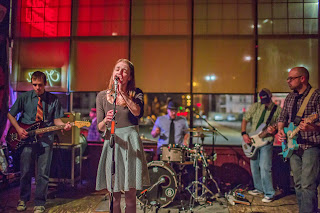 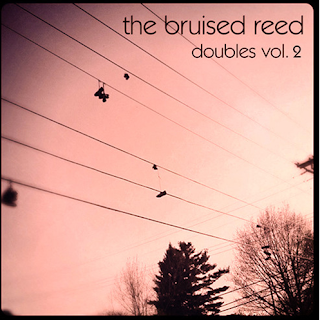