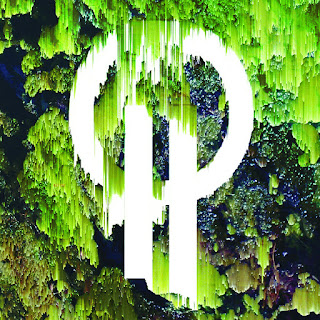 Natasha Beste talks about "experiencing everything." She's talking about  music, about singing, about performing with her whole body, about looking at everything, really seeing it, seeing you, getting you into the song, into the experience of the music, being in it, feeling it, maximizing it...

"There is some negative frustration and energy," Beste said, that gets released or exorcised during the songwriting and performance processes of Odd Hours. "It goes through and it gets released and I can relive it over and over on stage but...still, it becomes a theatrical thing that I can now own. So, if it is negative, it's my negative thing that's not fake, but something that is mine and that I can do whatever I want with, at that point."

This is Odd Hours third EP. They recently released a video for the single "SWTS"


"Lots of the songs (on norepenephrine + dopamine) still have the same themes of power," Beste said. Indeed, over the years, Beste and her main collaborator, guitarist Timothy Jagielo, have established a reputation for a beautiful volatility, like fighters who are arching over the turnstiles or dancers pirouetting their kicks right above the foreheads of the front row in attendance. Not that this was punk, per se, it had much more nuance, much more atmospheric dressing and much more synth than any post-punk elbow-flailed catharsis kartwheel. Sometimes it was more supernatural than punk...sometimes it was just sexier than punk.

"This album," Beste said, "unlike the last one, has a little more sexiness to it, exploring things like desire or lust and I didn't realize it, actually, until we started mixing it. But, it's about me doing things that are....kinda bad." She pauses here to reiterate how hard she works to justify how hard she plays; Beste works full time as a teacher and videographer (notably with Gold House Media), while Jagielo puts in a full week's worth of work in the world of photojournalism. As Beste puts it: "I'm working so hard 90% of the time that...I need to go crazy and wild sometimes." 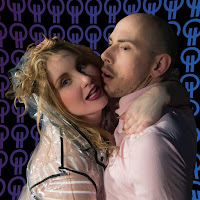 Going crazy and wild, at least inside a song, was the impetus for Odd Hours in the first place, Jagielo and Beste had both had experience in other bands, with other genres, but when they met and struck up a conversation about what they both longed for in a band, a half-directed reckless abandon that conjured the raw fuck-all of post-punk into the sleek, metallic allure of a much darker new-wave dance-rock... "(Jagielo) is my dream partner to work with. He gets my language... But then, we really couldn't do anything without Clint (Stuart-bass) and Randy (Hanley Jr-drums)."

But going back to the sexiness... "You'd think (the behavior described in these songs) would seem destructive when you're younger, but I am so organized these days that I can put all that destructive behavior in there and still bounce back the next morning. So... (these songs)'s are about having fun and feeling confident and being an adult woman and feeling good about myself and my body and about being around other people."

We've said "power" or "sexiness" or "reckless abandon" or whatever... But with Odd Hours, it really comes down to confidence. That's the number one reason, Beste said, that this band can do anything. "I used to be terrified to share anything with anyone. I was terrified to even own anything or say that I had done something. I'd back off and make excuses for myself. Now... I don't want to look back on anything, any show, any song, when I'm 80 and have any regrets over holding anything back over sensitivities..."


But that confidence wasn't always there... She recalls a recent walk she took with an old friend, catching up on things... "I realized how much I always felt left out or treated like I was unimportant in school," Beste said. "People thought I was talented but I never really got invited or included in things. I was always embarrassed of what people would think of me and I never fit in just one group. I was not enough of one thing or too much of a lot of things to be labeled into one group so I was floating... "

But she had a revelation last week when she went to the Marilyn Manson concert. "...I'm a grown adult," she said. "I don't have to be scared of people older or younger than me...I can be myself, whatever that is, and I need to go for what I really want. And what I want is for others to have fun and not miss out on life because they feel embarrassed or unsure of themselves. There's lots of flaky people in Detroit. There's lots of rude and unprofessional people too. But, there are also really cool, creative, enthusiastic, fun people. I just have to find them and I think with this line up (Jagielo, Stuart, Hanley), I did..."

With this ensemble sounding as tight as it is on this EP and with its songs,the arching guitars, the subtlest of synth & vocal harmonies, the crunchy metal feedback, the propulsive rhythms, it sounds as though Odd Hours are fully alive within these songs.

And that's what it's always been... Odd Hours is adrenaline. But it is also focus. It is completely losing yourself inside of a moment that you never want to forget. It is... "...being 100,000 percent into a moment..."

The norepenephrine + dopamine EP Release Show is Fri. Sept 4 at Small's in Hamtramck
This is a dual-release show that also features new work by The Philter (...more on that, later!)
featuring:
Odd HoursThe PhilterDJ Shan BeasteJulian Paaige