Of Mice and Musicians' Sugar In The Raw (Interview) 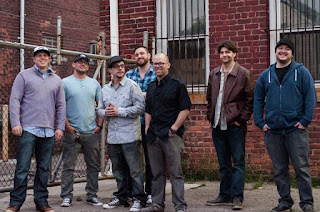 Of Mice and Musicians

New album: Sugar In The Raw

(Tune in to Assemble Sound's music blog today to stream the song).


You can’t detach from these slick, sticky hooks, these swaying grooves… you find something interesting or new to latch onto every other verse and the flavors fly from hip-hop to funk, from psychedelia, to free-jazz, soul to R&B, rap to pop and back again.

What’s consistent is the substance, the sensibility, spirit… Seven comrades with signature expertise: be it lyricism or guitar, rhythm or rap, vibe or vocalization…

With Sugar In The Raw, Of Mice and Musicians lay the stress upon sincerity and wholeheartedness, making cool-ass music that hustles with humbleness, human beings with real passions, relatable struggles, and inspiring poetry.   Even if some of their arrangements and lyrics are elevating, their heads are never in the clouds… Live drums, pedal-wrung guitars, and mandolins, scratches and samples and metered-raps under belted croons. These guys go all over…

The band has been going for more than six years now, with a few membership shifts over the years. But this core membership has been together for four of those six years now. Still, it feels like, having spun through this record, that it’s really all been leading up to Sugar In The Raw… The band’s been able to grow together, like brothers, reworking their passion project ,edifying the overarching message and my ever diversifying the myriad genres in play…

I spoke with lyricist/emcee Benjamin Miles about the forthcoming release of Sugar In The Raw. The group includes Miles, with singer Joseph Pelione and rapper Tony Bags, along with guitarist Mike Lomerson, rhythm specialists Eric Walli, Nick Swanson and Jaheesh. 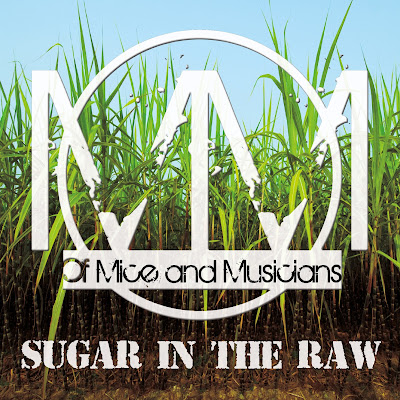 I think, above all, some of your greatest poetry is elicited during lyrical themes of, basically, keeping ones’ sanity amid a sea of dread, doom or veritable gloom…  I also find an encouraging resonance and poignancy with the fact that there are multiple voices in this band, voices in lyrical delivery and voices expressed through the instruments, that makes this “don’t lose hope” vibe even stronger because it’s not just coming from one person…if it were just one person, it would sound like preaching. But since you are a patchwork of individuals, it sounds like you’ve keyed into an outlook that you want to invite a listener to come view the world through…
While three of the seven of us joined and then grew to develop a friendship with the other respective members, three other members have known each other since elementary school; Nick and I have known each other since we were 4 years old.  Moreover, Tony and I have been rapping together since freshmen year in undergrad and, with the exception of Joe, everyone in the band is from Waterford, Clarkston, or White Lake.  Point being, we are all from the same cultural and socioeconomic background, we have similar perspectives on life and we generally understand each other (for better or worse).

Similarly, I think everyone in the band is generally doing this for the same reason.  Creating music together makes us all happy, or at the very least provides us each with a constructive way to deal with the things that make us sad.  We are not writing songs designed to be popular or relatable or marketable.  We are writing songs to ourselves trying to find meaning, purpose, clarity among likeminded confidants.  Naturally then, most of our music is reflective of that dynamic.  I would agree that we think of sharing our music as offering people an invitation into our collective perceptions and perspectives.


Talk about the ways you guys, as people, and also as a band, have changed over the years…
We all, for the most part, traveled through an entire phase of adulthood (sub-adulthood) being members of this band.  We are all a bit more mature, calm, and certainly have a bit more perspective on the world and ourselves.  I believe the band has changes in some of the same ways.  Our expectations are more realistic, and we are also taking greater joy in the times we get to perform together, as the majority of those evenings may be behind us.  Less vulgar metaphors, slightly less cursing, a better understanding of women and their value.  Stuff like that I suppose.  Frankly I like the old man version of OMAM more. There is nothing wrong with having a bit of class.


Tell us about the recording experience for Sugar In The Raw…
I met Garrett Koehler (Assemble Sound) when he was first making his rounds about the local scene, meeting people.  I had met Seth (Anderson, producer of Flint Eastwood,) through Passalacqua sometime earlier.  When they were initially getting the Church up and running, we were looking for somewhere to record, and someone to exec produce and add some perspective to things. The combo made sense.  I asked Seth if he was interested and Assemble agreed.  The musicians, drums, guitar, bass, keys, etc. at a place called the Aashrum Recording Studio in Ortonville. I did not get to go but the boys said is had this super zen type vibe and that recording there was an overall wonderful experience.

This was also the first time all the musicians got to record simultaneously in one room – which was a major plus in the way of efficiency and consistency. The vocals and extras, mixing and the like all took place at the Church. Super cool experience and Seth is the name. He added some signature sounds and really helped us fill out the tracks in meaningful ways.


I think one of your quintessential songs has always been “Any Day Above Ground is a Good Day…” Which, we’ve heard on past recordings, but it’s souped up here to optimal strengths.
It was always a song we thought had great potential; it always felt very natural and relevant to what we were trying to do.  However, for the majority of its existence, it was characterized as unfinished.  We honestly never could figure out how to end it.  The benefit of playing together for a long time, luckily, is that songs have a tendency to get “tweaked” over the years because otherwise, playing them get boring.  I think we were in Nick’s basement trying to finish certain songs, outstanding adjustments, etc.  and randomly Nick went in with those dub/ska type drums.  Mike followed suit with the ska riff and everyone had a laugh about it, but them someone said, “…that was actually a nice change up.”

I am really glad we brought the song back and I can now feel good about it as a cohesive price of work.  It is by far our most purely upbeat and happy song and I think everyone can use more of that in their life.  When we were listening to mixes in post-production, I would always play ADAG in the morning on my way to work.  It would remind me to be grateful for all the things I have and to not complain so much.


What was a formative moment? What was something with OMAM that will always stay with you?
The first time we played together, way back in 2010, we sold out the Pikeroom, people got turned away, the fire marshal came and two toilets in the place got smashed off the wall.  Some of that was the result of us being so close to our home turf, but nonetheless, we knew people dug the vibe and that we should keep going.
Posted by jeff milo at 4:30 AM