DJ duo Mega Powers is the combined atmospheric conjurings of two hip-hop/ambient-electronica wizards here in Detroit, Eddie Logix and Pig Pen. The producers paired up in 2015 with the intent of creating live landscapes of synth swells, sampled exertions of melody and grit, staggered/swaggered beats and foggy/sublime sonic settings. Two DJ's, one stage, one song... 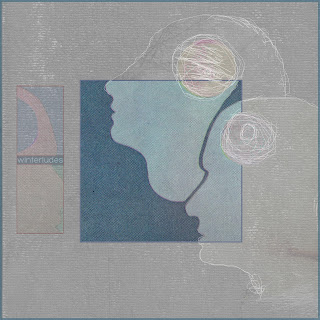 Mega Powers have a new EP coming out and they've let me premiere the lead single, "Edison Lines..."

It opens cinematically, like you can almost see a fog machine spewing over the horizon as a vibrant, pale moon radiates through a clouded nightsky. The ambient vocoder swells begin to overlay, like passing autos or churning factories, the beats scuff and shuffle over a cement sonic bedrock, while this chest-thumping sample erupts every 16 measures, imposing itself with a certain harmony as the woven synths begin to tighten into a dazzling composite of neon city lights and a prevailing, ominous lunar glow....

Winterludes soundtracks our sleety travels through a paved and potholed milieu, evoking a darkened sky over our heads optimal for facilitating those insominacal-drifts of deep, deep thought...

A full length album is on the way, later this year, but Winterludes is an exciting occasion because it involves a collaboration with filmmaker Donald Firth, to create a video installation for the project. The film piece will be screened when the EP is released on Saturday, March 4th, at the UFO Factory.

Firth said that this installation will be "...a video collage comprised of imagery that reflects the darker tone and beauty of the album. Visuals depicting the near glacial pace time seems to move at through a bleak winter landscape. Not completely without hope though..seasons change. Shot over the winter months of 2016 - 2017 in Michigan."

The release party features DJ sets by JMac (Beyond Physics) and Blair French (Fat Finger Cosmic) and a performance from Mega Powers, with some special guests and live performance visuals by The Dropout.