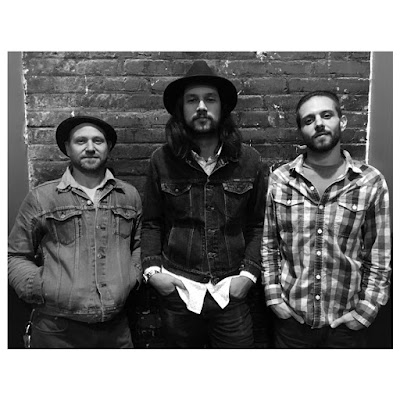 I enjoy nearing the end of a calendar year, because I finally afford myself the opportunity to retrace my steps and seek out the music that I missed... Week to week, there's lots of music features on this page, but for every band I can write about, there's two dozen more in Detroit, constantly writing and releasing new music.

Today, I'm tugging my own ear back six months to when Jack Oats's EP Unsteady Hands.


Justin Erion brings a brassy, low croon that sweeps over you like a brisk autumn gale. That, combined with his cascading fingerpicking style on acoustic guitar, combine to manifest what’s most instantly dazzling about these tunes. But Aaron Strichartz adds comet-like glides across a fiery guitar to flourish through the bridges and augment the corners of each chorus, while Mike Ryan’s drumming is textbook Americana train-chugs throughout the quieter measures, but effectively storm up in intensity to match the cathartic howl of Erion.

There’s beauty in starkness. The same way you can see chipped bark on birch trees in the woods, or the way the wind this time of year can somehow sting and soothe at the same time – that’s Erion’s voice to me, a thing of grit and tenderness, a crackle of raspy thunder coiled into a gracefully trilled vibrato. And the recording of this EP effectively evokes a sense of space, as though you’re happening upon the instrumentalists and singer in the clearing of a wood, open sky above you, and an organic echo reverberating off the canopy.

But Erion, as a solo singer/songwriter/performer, and with Jack Oats, isn't singing from a place of lingering on pain. That register he hits, which is very-nearly-a-growl but could also almost be a throaty sigh, suggests a soul that's more resolved, over and done with any emotional blow-up, if not, nearing that settled state. None of us are quick to learn, in love and in life... But loneliness subsides. It always eventually does. You feel renewed. And that's the energy Jack Oats captures...

Listen to the full EP here.
Posted by jeff milo at 1:16 PM