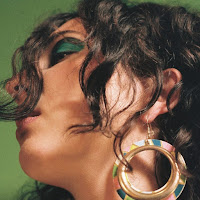 You may not be aware of the healing you needed until you hear Sara Marie Barron. The Detroit-area soul/jazz/songstress has a voice that can conjure up a deep breathed sigh from you, listener, that you hadn't even realized was building.

Something about Barron's voice, precious and powerful, almost instantly acquaints you with her, whether or not you've heard her or seen her perform before hearing singles from her upcoming album like "Wanna Know," there's just some kind of deep emotional essence to her lyrics and intonation that make you feel like you know where she's coming from.

Spring is here and everything outside is thawing and coming back to life--and that's what Barron's first pair of new singles can do for a listener, restoration of the mind, heart, and your overall aura.

It might be the versatility to her voice that you respond to, a lower croon to a higher aching arc, gracefully and coolly stretching out her vibratto over woozy brass and jazzy keys. Or, it might be that you're responding to a kind of classiness to her sound, an old-school classiness, that is...

"When I was young, my mom used to listen to Carole King's Tapestry album constantly in the car," said Barron, who worked with a stellar ensemble of musicians at Homestead Studios on these recordings. "I think, looking back, that (King) was a really big influence on me, melodically and lyrically. I also go really into R&B, Motown, and soul music later on, and I think that shows on this record, like Etta James, Billie Holiday, The Ronettes, Otis Redding. The emotion and power behind their vocals really moved me, and for some reason I have always been fascinated with music and objects from the past. I love the nostalgia of it all."

Barron has also been at it a while, despite being still in the young/up-and-coming category, she's still been singing since she was barely four-years-old. She was also classically trained for 10 years and performed in school musicals. Once she started writing her own songs, her theater work, and the potent dramas of the opera sutured into her songs--albeit transmitted into the form of a blend of folk and soul. "I'm also just a very sensitive person and I think that comes through when I sing," said Barron.

Her new album will be released soon, but today, you can stream the lead single, "Wanna Know..." ^^
And tonight, at the Lager House, Barron will announce the title of said-new-album, as well as perform her new songs. She'll be joined by White Bee, and The True Blue
MORE INFO 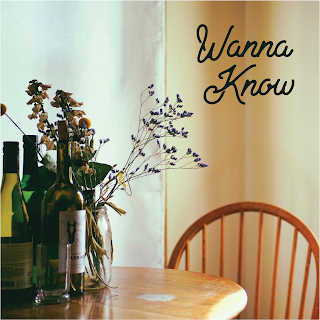 While she was enmeshed in the theater as a teenager, she realized that while she had a strength for expressing her emotions, acting and the whole thespian life just wasn't for her. She started writing her own songs after she turned 13 and eventually started performing at open mics and eventually performing shows. Though nerves would surge before those first performances, she always felt a deep sense of fulfillment afterwards--indicating to her that this was the right path.

She studied at Vanderbilt in Nashville, a decision inspired by the city's active music community. She thrived under the insights of songwriting and musical-history professors while in school there, surrounded by "a really rich musical history and all different types of music."

But that wasn't necessarily the undoubtedly "formative" moment for her, because she still feels like that formation continues. "Every day I'll fall in love with a new artist or genre, and a lot of my songs are all over the place. One day, I'll write something that sounds like garage rock, and the next I'll write an Adele-esque pop ballad!"

Pop songs deal with love differently than other genres. While Barron bridges soul, R&B and folk to a bit of pop's melody and catchy hooks, she's definitely dealing with more complex, heart-heavy, unlucky-in-love feelings than your typical pop fare.

"I think piano, the instrument I generally write on, really lends itself to more soulful, emotive music, and I think the songs naturally take shape that way when I'm writing. But my songs also come from personal experiences, which is why I think there's so much feeling infused in them. Like a lot of musicians, for me, writing songs is pretty much my coping mechanism, and a lot of the situations I write about are complicated and sometimes heartbreaking. It can be emotionally taxing for me to perform these songs in front of people, because it feels like I'm sharing some of my most personal experiences and feelings with an entire room of people... But there's usually one person who comes up to me to say they really connected to a certain song or lyric and that makes it worth it to me."

Barron worked with Jimmy Dixon at the aforementioned Homestead Studios, working with Max Bauhof on drums, Phil Hale on keyboards, Dave Vasella and Garret Gaiana on horns, and John Barron and Alex Lyons playing the bass parts. You can also hear Mario Sulkasana playing a potent piano accompaniment one a couple songs, as well as Natalie Frakes playing vioin throughout.

"I was really touched and grateful to all of the incredible musicians who were willing to help out and play on this record, and also by people who donated to my crowdfunding campaign," said Barron. "I definitely wouldn't have been able to make the record without that help...."

You can anticipate a couple more singles being released by Barron throughout the upcoming months, leading to the eventual release. And she's already at work on the next batch of songs. "I feel like my sound is constantly evolving, so it's really exciting to work on new material, but also be able to share this body of work with everyone."