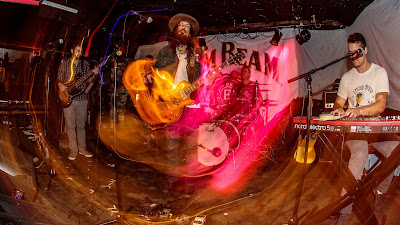 There are still souls out there devoted to the might and magnificence of rock. Black Irish are a six-piece local outfit with some quintessentially fiery guitar flourishes and impassioned vocals, hard-hitting drums rhythms and a certain swagger that comes along with inherently lively fusions of a southern-tinged rock and post-grunge blues. They weave melodic and tuneful verses with rich arrangements of keys, tambourines, effusive guitars and soulful vocals into cathartic crescendos where the fire roils up and each instrument accentuates its own expressive phrase--particularly the guitar!

I've been following this band for nearly 10 years, and its gone through some changes--but its dedication to the blues, and a blend of a rock/gospel/Americana vibe has continued to be honed. They had a debut EP out several years back but have been on a bit of a sabbatical recently. Suffice it to say - they're back, voluminously-so! Their new album Maybe...Tomorrow comes out Sept 28 (with a party at the Magic Bag). Longtime members Paul Barning (vocals) and Elliott Moses (lead guitar/vocals) are joined by Matt LaPinta on bass/keyboards, Matt Hamann on guitar, Steve Nowicki on percussion and Dylan McCarty (who also produced the new record) on drums.

Joining their release party at the Magic Bag (9/28) are The Black Drops and DUDE. Doors are at 8--click here for more info. 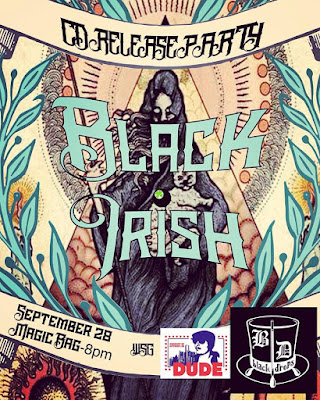