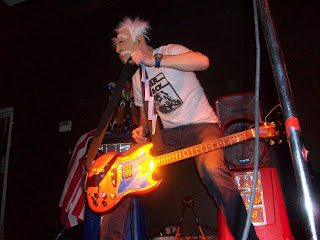 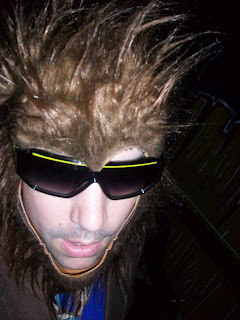 Above are only some of the images likely to be on display at the School of Rock in St. Clair Shores (29635 Harper). The commendable School of Rock House Band will open things up, leading into their own personal pick for a Halloween performer, Carjack - on 10/23

The day before that, back in Detroit, we will witness what is now the third year in a row of bands taking to adopting their own "costumes" via cover performances (of other hallowed bands, like the Cramps, or Talking Heads...or...pictured - Silverghost as DEVO). 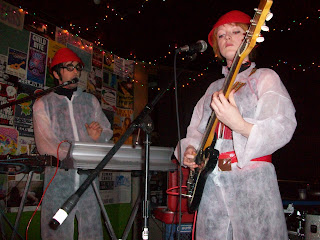 This year, on 10/22 at the Lager House - the B-52's are unveiled featuring Silverghost, the Kickstand Band and esQuire-