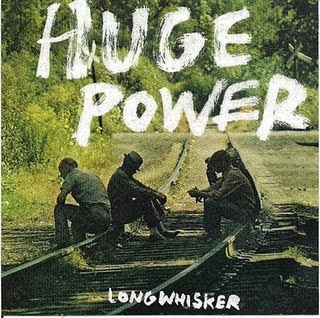 Part of my own personal thrill at finding songwriters like Lou Barlow or David Berman was the feeling of finding a new kind of voice. Though their voices were low, somewhat limited and plain-ish, it might be weird to imagine them feeilng revalatory - but they did, for me.

It was like a new kind of folk style - wrung, dusted and matted with this haze-laden aesthetic (now so characteristic to percpetions of a 90's sound) known as "indie..."

A new and, in fact, refreshingly weird-ified kind of blues style.

A new blues style that spoke to the myriad pockets of post-college heart-heavy drifters scavenging food-court-like city streets for part time jobs to facilitate their incorrigable love for writing or recording or singing or playing.

A new blues that smacked of the burnt crusty residue along the pot lid of the post-everything-music-stew, and a new folk that could help this Generation-Why find it's own kind of voice and it's own musical transendence. That's what I heard in Barlow's everyman sing-speak style, resonating with a punctured heart (be it from the fury of a lady, personal finances or the universe) and that's what I heard from Berman, a true poet, whose words could cast portraits so tangible they'd be like snapshots in my back pocket or conjure surreal metaphors so evocative that it'd felt I'd seen them in my dreams one night.

That everyman voice. Those portraits evoking bittersweet imagery of smog churned city streets and a warm comforting shower of golden acoustic strumming intermingled with the more spurring burn of the electric guitar. It's what I've found in Long Wisker.

Particularly moving is their spill of words that, like the indie aristocrats named above, make the austere and the brooding quite relatable, lyrics that coat the age-old tales of heartbreak and blur them beautifully with equivocal poetics.

Huge Power's packed with toe-tapping, hook-based, folk-ish rock songs, with the lead singers/guitarists/writers Jim Cherewick and Reagan Sova achieving that unique kind of harmony (with their voices already sounding somewhat close in range and tone) less that percise Beatlesy-hold-your-hand-type mark and more of a feeling, a semblance, a sitting around the campfire type of belting, less traditional harmony and more a duet.

A shambly, surfy sound; strutting and strumming, but subdued and serene - Americana dashed with indie-pop, a filtration of those literate 90's troubadors and their weird takes on folk and blues, a straight from the gut--or the heart-- type of sound.
Posted by jeff milo at 9:00 AM