What To Write (Closing Thoughts on 2013) 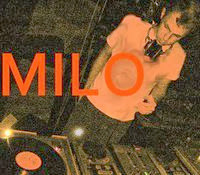 Mornings of solitude can bring haunting revelations. There's space and there's calm, calm enough to start hearing and seeing things as loudly and as vibrantly as they likely couldn't have appeared otherwise.

Routine rumination on developments in music made in and around the area...

These quiet solo-mornings, they can be somewhat nauseating and exhilarating all at once. You're up, your brain still sifting through the granular remnants of whatever wacky or wonderful dream inside which you've spent the last 6 hours hiding. Nothing makes sense and yet all you want to do is start crafting exclamations.

But settle down a second...

There is no bus to catch. There is no one that you have to force "Hellos" to in creaky voices from an unclear throat. You're uncaffeinated-self can slowly bloom, the muscles of your face and shoulders steadily charge up and there is no one to compete with, no perfect and polite but yet unknowable stranger of a co-worker shuffling pointless papers in the cubicle beside you, no peacoat-donned business-type with kempt side-burns lunging upon you when the train lurches to its final stop, there is no coffee to spill because you are static, there is no phone to answer because you only have your own work in front of you - this beautiful and horrifying empty page.

You think. Oh, you think until your skull throbs. But nothing comes. From behind your head's thin cranial walls, a carousel of possible points to muse upon; stories blooming that could be brought attention, if anyone is listening.  As profound to you as any hero of literature, Edmond Dantes, Sidney Carton or maybe even Bilbo... Fantastic creators creating their life's work.

You are in the center of a city among cities of sub-scenes sure to be overlooked by every other would-be big-to-do blogger out there in the cyber-otherworld who's so sure they know what's what when they can't even hear what's going on in this town, your town...your town so tacked with interesting artists defying tired, sanctified preconceptions of classical forms... You're hearing the sound of them spilling paint upon the canvas. Even if it's just Ferndale's crop of affable weirdos.

They're still plotting out and pouring out a curious little story, day to day. Song to song.

Bands I've been following for years, six, some seven...have finally...what's the right phrasing? Not matured, not mellowed, but more like...synced into self-actualization. Finally, (actually) making their defining records... Or however cliche you'd prefer to spin it ...their, let's just say it, "best work to date." It's as though they finally found their footing upon an ever quaking, half-sunken, eruptive Internet landscape, where their survival instincts have hardened their perspectives on why one makes music in the first place, leading to the most liberated, most unique and yet most sincere works.

Former indie rockers, punk rockers, studio hermits and gear-heads who once had only half-their lives put together are now growing older, getting married, having kids, and finding a new point of view. Bands from Detroit are getting on major labels, touring as regularly as they can, teasing curiosity from other cliques, scenes and artistic enclaves over just what this place, Michigan, is all about -such as to foster such a unique blend of creative-types.

Things are ever changing around here, if you're listening close enough. Its a storm of emotions around here, (new exuberance, wilted nihilism, renewed motivation, lingering frustration, resolute optimism)...surging from a vast league of bands trying their hands at ambitiously eclectic combinations (and mutations) of genres.

Depends on next year's batch of songs...
Posted by jeff milo at 6:49 PM