Ben Keeler is back in action...

The Detroit-area native songwriter released a vibrant new single this week, leading up to his band's performance this Saturday at the UFO Factory

Keeler has been a bit of an itinerant artist over this last decade, going from Michigan, to Chicago, back again, and then out to San Francisco for a while... But that jet-setting is echoed by his incandescent and aerodynamic rock janglers; each optimal for extended travel or accelerated propulsion, the kinda tunes you roll the windows down on a late summer's sunny afternoon, when the coupe starts to cruise at 50...

Produced with Alex Kaye over at Assemble Sound, Keeler lassos pure sunrays onto his guitar strings, with a snappy/springy percussive accompaniment and toe-tapping basslines. The actual glow of the song radiates from those vocals, the multi-tracked harmonies, the soaring theatrics, the blood-and-thunder urgency, the palpable relief and ache and excitement of a singer's voice being rejuvenated... 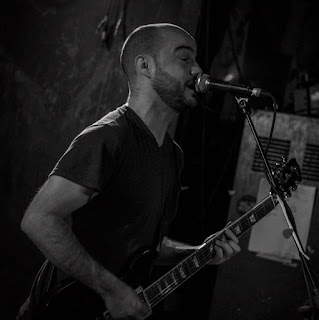 Yes, rejuvenated... Re-activated. Re-invigorated. It's been a little while, in fact, since local audiences have seen/heard the works of Keeler, (though you've probably seen him with Ryan Dillaha's Miracle Men).

A couple years' back he released a sweet, summery, shambling-pop collection of songs under the 500 Club moniker. But this song, and an album that is currently being wrapped up throughout the winter season, is released under his own name. Backing him up is Will Shattuck on drums and Ricky Ruggero on bass.

You can hear "Sunshine's" live iteration on Saturday night, at the UFO Factory.
with Rah The Son
& Fluffer
9pm
$7
(ages 18+)