It was 20 years ago… A vinyl 7” single by the band Rocket 455 appeared on the scene, stamped with the insignia of Italy Records… 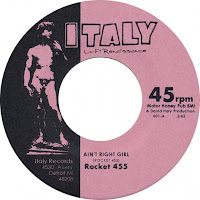 David Buick’s national notoriety as the founder of Italy Records was naturally amplified after the global spark in enthusiasm for garage rock music in 99/2000, when collectors found that it was his DIY label that was first to champion 7” vinyl releases of a band called the White Stripes. As we all know, Jack and Meg White experienced a meteoric rise just a couple years after their “Let’s Shake Hands” single was put out by Buick. But this Devil’sNight, the team at Third Man Records hosts a birthday bash of sorts for the label, looking back to Halloween of 1997, when Italy packaged its first batch of wax.

“I didn’t know anything (about starting a label) other than that I liked music, and I was really into collecting records,” Buick said, looking back. “I’ve always just been a music fan, even back to when I was becoming my own person in the late 70’s and early 80’s: I just liked listening to the radio all the time and I began collecting rare punk records in high school. And then I started buying records because of which label it was on, like Dischord, or Rough Trade... And while Jack was very important part of the first several years, I hope it got to where the amount of people who were seeing these (Italy) records were having that same impulse.” 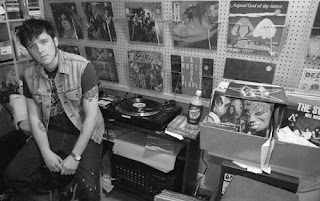 For the last two years, Buick has served as one of the primary team members for Third Man Records, which was co-founded by Jack White, Ben Swank and Ben Blackwell. They established a brick-and-mortar store and vinyl pressing-plant in the Cass Corridor on Canfield two years ago and it was already a foregone conclusion that Buick would join the team.

In fact, few are as close of a confidant to White than Buick; both of their formative years in the Detroit music scene included lots of shared experiences and bonding collaborations. But just as November 2015 formally reunited these longtime friends through the enterprise of Third Man, Buick was still keeping busy here from 2007 to 2014 with a steady stream of Italy Records that were featuring a new wave of Detroit bands like FEELINGS, Johnny Ill Band, Sugarcoats, and more.

“Of course, 20 years ago, when I started it, I didn’t think it was going to lead to these two-decade-long relationships and 20-year friendships. Basically, these (people) are, in essence, the same people I went to high school with, or grew up with; basically, my friend base is like family…they’re the family that I met while doing the first Italy Records releases and going around to shows and working at record shops… And, it continues to be like that. A lot of great relationships made. It’s definitely nice to eventually see a product, a vinyl record, and hold it in your hand, but ….getting there was always really fun too.”

Buick was left with some inheritance after his passed away in the mid 90’s, “not a crazy amount…” he said, but probably just enough to seed something like a vinyl label. But Buick was enamored with the energy from all the bands buzzing around the rock clubs at that time, each carrying forward into the 90’s what The Gories had sparked in the late 80’s, such as The Hentchmen, Rocket 455, The Demolition Doll Rods and The Dirtys. In fact, it was because he found out the Dirtys were getting ready to tour Germany for a record that was going to come out on Hamburg-based CRYPT. When he heard they’d yet to have anything released on a Detroit-based label, he decided to create one for that explicit purpose.

“I talked to Rocket 455 and they had some songs too…,” Buick says, recalling that first early autumn in 1997. “Then I hit up Jack to do a White Stripes release. And I’d also been hanging out with the Hentchmen. Everyone was kinda working together; it was cool.” Dave is a musician as well, and from that heyday he’s best known as being a member of The Go. And these days he still makes appearances on bass guitar with FEELINGS and as a masked member of ferocious performance-art rock outfit The Wolfman Band.

Buick used to work at Off The Record in the early 90’s, where employees wrote out their own time cards, and each day he would write a new mysterious or absurd alias. While they might vary from cool sounding to strange, it was the fact that he once used the name “Dave Italy…” that stuck with him. “It seemed too obvious to call it ‘Buick Records…’ because I didn’t want to have any automotive-sounding name coming out of Detroit. Not that there’s anything wrong with that. So it came to Italy. And I said, let’s just put the statue of David on there, and make it pink and black. That’s about as overtly opposed to what garage-rock labels would do…, call it Italy and put a naked guy on it and use the color pink…”

The Devil’s Night Party at Third Man Records brings together a lot of longtime friends from Italy’s first years, including The Hentchmen, Rocket 455, and Soledad Brothers. Italy Records reissues will be on sale as well, featuring releases from the aforementioned bands, as well as Whirlwind Heat, The Fells, The Dirtys, and Greenhornes.

“I’m just excited to see everyone,” Buick said. “I’m sure it’s gonna be an emotional evening, a fun evening. I don’t really know what to expect. I haven’t seen Soledad Brothers as a two-piece in many years.” Soledad Brothers’ member Ben Swank also works for Third Man Records these days, but he’s based in Nashville. John Szymanski, meanwhile, of the Hentchmen, has a record label of his own these days, the very recently-launched Outer Limits Lounge Records. Buick mentioned how endearing it is to see his friends having stayed so involved in Detroit music, and to each be contributing through the means of releasing vinyl records, now.

“Flashing back to when we opened up Third Man here, to when we released (the first Rocket 455 record in 1997), it’s sorta the same feeling. Only that now, I remembered thinking: ‘Wow…, I had no idea this was gonna be a career.’”

And that career sprang from just a pure love of the signature strain of rock/blues/garage/punk that germinated here in Detroit in the mid 90’s. “What drew me in was that even though each band was different and had their own thing going on, there was…and continues to be, this thing here in Detroit where everyone is doing it for themselves, but also doing it for each other, doing it together. No one was doing it as a career move. They were doing it ‘cuz it was what they love, and what they wanted to do, and everyone was on the same team. Fans, bands, club owners, everyone was just kinda in it for the right reasons. It was very real.”

Getting to this milestone makes it tempting to ask Buick what advice he might give to anyone else wanting to start up their own label. “Not that much (advice)…” he says, with a chuckle. “I guess I got better at it eventually. Or at least (artist/musician Steve Shaw and I) got better at making sleeves…. But when we started off, we’d just go to Kinkos and hopefully have a friend working that night who’d hook you up. But if not? Just do what you could afford. But yeah ,” (laughs) “I didn’t know much then… I still really don’t know all that much.” But after this, he reiterates the camaraderie between bands; how everyone worked together.

Devil’s Night at Third Man Records is not just a concert and a celebration of the music released by Italy, it is also most certainly a costume party. DJs Keep On Trash will spin between performances; there’ll be food and other treats; also a costume contest… More info below! 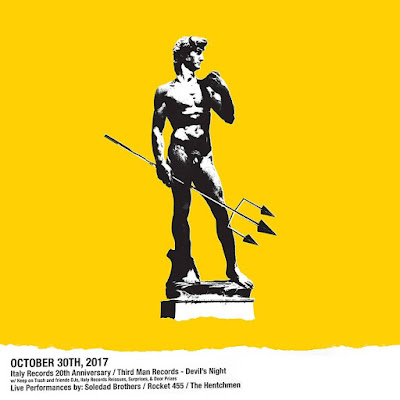