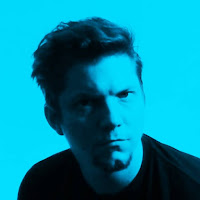 Singer/songwriter/producer and synth wizard Greg Aubry is releasing an EP under The Analog Lights moniker on November 25. "Excommunicated" is the first single from Phantom Limb. Aubrey brings a lot of emotion and energy with his voice, and he matched that intensity with his guitar playing in bands like Superbomb and Dead Letters. His past résumé's bullet points included vibes of post-grunge, Industrial, early 80's post-punk/art-pop and a shoegazey psychedelia.


What's interesting about Analog Lights is that he's bringing those different dark rock n roll tides and cresting them into the synth-wave genre. Specters of Nine Inch Nails mix in with the chilly sleek drifts of Gary Numan or maybe the statcy-shimmering nocturnal meditations of Solvent. This single showcases Aubry's developing knack for threading these spacey synth sounds into an indelible, hooky kind of groove. The beats are an austere march but evoke a sense of ascension through the gusts of myriad analog synth intonations.

And then there's that voice... Certainly not the nasal/extraterrestrial kinda tone you typically anticipate from voices leading songs like these, be it a Thom Yorke or a Newman, he's always had this melodic growl that would almost fit more into a blues/folk field, or at least that post-grunge grit - and it's enticing to hear it meld to the ambient electronica.

A couple years ago, with Superbomb and Dead Letters inactive, Aubry decided to finally experiment with synthesizers. "I started to imagine an alternate timeline influenced by ‘The Terminator’ where Skynet took us out in 1997 and a retrofuturistic resistance whose pop-culture ended in the late ‘90s kept music going, underground. What would that sound like? I think at least some part of it would sound like The Analog Lights; dark, machine-like, introspective, but still dancy.”

That the song sounds urgent, or with this sense of pulling oneself forward almost as much for evasion as it is for progression, suggests Aubry's drive to push himself away from past forms and reach a new level. (No video game pun intended). Still, his pull toward electronica was seeded by retro video game soundtracks. But beyond shifting to a new form of musical arrangement, the song became about reckoning he experienced years ago...

“I was a young, brash, insecure artist surrounded by friends who were all likewise young, brash and insecure artists. Over time, though, I found out that my antics--such that they were--really got under the skin of my peers. All of us being passive-aggressive, though, people would be nice to my face and I’d have to find out through the grapevine that everyone hated me. We were frenemies before that was a thing. I stopped being invited to parties; mutual acquaintances would meet me and go ‘oh god, you’re him; uh, I’ve heard about you’. Thankfully, I learned from those times and got better both as a person and as an observer of people.”

Analog Lights ends the year on a high point, with Aubry having established the project as a contemporary with other local electro-havey artists like Queen Kwong, Voyag3r, Rogue Satellites, Audrey Burne, Belterra and Rottinghouse.

The galaxy of hear he's using to conjure the Phantom Limb EP includes an Akai XR20 drum machine, both Korg Monologue and Volca FM synthesizers, a Roland SH-32 synthesizer, and much more.

FacebookTumblrAnalog Lights perform TONIGHT at the Painted Lady in Hamtramck