Blogging Out of Turn

Music writing, the life of it, demands the watching-of-one's-steps, mister, let me tell you...


Sometimes we're jaded, but other times it might just be that we're cranky, that we probably just need a nap.

One's in a constant struggle against apprehensions over propping one band...when yer mind drifts so swiftly to how oh-so-fleeting these blogs can be...

I only make you suffer through such superfluous prefacing because I tripped up on my typing out such a phrase varying the age old hyperbole: see this band now before they get big... Shit, I've said that about local bands too... You can never tell.

I'd like to say it, now, here, about this Minneapolis quintet rolling into the Lager House on Friday (their 2nd Detroit-stop in less than 6 months)... Sleeping In The Aviary. And, not just because they had the gall, gusto and gallantry to produce a 12-minute infomercial for their upcoming album in which they give you 70-second clips of each song - each dressed with it's own theme, background, costumes and time period.

It's because I saw them those months-prior and their oomph, their vigor their kaleidoscopic kicks made me feel as though these fervid baroque-bending psychedelia-dorks could be tapping the same kind of tweaked-twee-panache as the Elephant 6 collective's heydays...

But, then again - Fri, Sept 23 @ zee Lager House - could be a tempting show, also, due to the fact that (just as before, 6 months prior) they'll be backed up by local "neo-gypsy" danz-rawk quintet Pink Lightning.

Said local group is currently wrapping up their first proper full length (after last winter's debut EP, listen here). When DC caught up with PL's lead yowler Chris Butterfield, he assured that progress was...progressing...on that record. But that, also, in the meantime, he and PL's Leo McWilliams were forming a new band Future Oldies - calluding Marco Polio/Pupils singer Steve Puwalski on drums, with Phantom Cats/Woodman bassist Adam James and the Ashley's Tom Bahorski on guitar...

Via a Facebook telegram, Butterfield reported that "it's sounding GREAT and -look for a performance sometime in November." Outside of PL and Future Oldies, Butterfield will also be lending his distinctive pipes for some back-up vocals to a forthcoming track with hip/hop duo Passalacqua

^Phantom Cats, as referenced above, are also on this show's bill. 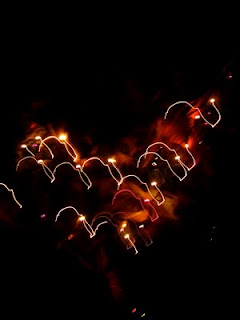 As are the Handgrenades, a quartet of adroit pop-song composers gifted with some comparable harmonic abilities to bolster their incorrigible knacks for stringing and strumming indelible hooks (likely a symptom of their substantial auditory deits of Brit-pop). Bassist Nick Chevillet reported that HG's are in the studio with renowned Ghetto Recorders' engineer Jim Diamond, an unnamed LP featuring 10 songs that they hope to put out by this coming January.

"And, if we stop being lazy," Chevillet said, "we plan on releasing a split-vinyl with Jesse & the Gnome before the year is over."

Beyond that, they're going to film a music video at some point, while also shopping for a pop-up camper for an inevitable tour.

I can tell you that I think Sleeping In The Aviary have that oh-so-dubious je ne sais quoi that sends bands a blazing through blogs and subsequently onto bigger stages... But maybe not? Either way, it's half-true that this is your only chance to see them... Because if you don't go, they'll feel burned that they drove here for nothing... (But such is always the case for a touring band, no?)

Let's end this post before it goes on for three more pages...
Posted by jeff milo at 12:12 PM

Sleeping in the Aviary are the best live band I've ever seen. Seriously, not kidding. I include the big names as well in this calculation (and believe me, I started listening when most of you were likely not born yet.) Their energy and quirkiness is just contagious. Go. See. Them.