Locals On The Air


Being a child of the Wes Andersonian indie-hipster millienium-shift, I was one, like many, who would hear certain songs and just see them ...fitting perfectly to some grand, fantastic and visceral cinematic sequence. When a band's work, whatever of any potential 3 or 4-minute single they churn out on an album, can conjure specific images in my head, characters striding down streets, certain looks in their eyes, zoomed by speeding cars in the heat of dramatic chase sequences under bridges buzzed by the perfect light of a setting sun... 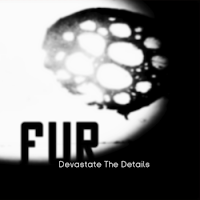 Fur was (is, rather) one of those bands as many of their songs have an evocative edge to them, the rolling rhythms, atmospheric synths and distinctive guitar wails... And being locals, Detroit psyche rock show goers will probably say it's no wonder then...

...that (another) Showtime Series has snipped one of Fur's tracks, "Break Me My Love," for the soundtrack of one of it's new shows, Homeland, airing Sunday night. (However anti-climactic, it soundtracks teens getting high... ah well).

This was also the case with Detroit's The High Strung - who had their tune "Luck You Got" picked for the that channel's British-fractuerd-family-remake Shameless. (P.S., stay tuned for their forthcoming LP - !Possible O' Impossible! 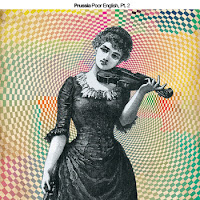 And, soon enough, we'll see the images-put-to-the-sounds of Prussia's "What Am I Gonna Tell Your Mom?," produced by Single Barrel Detroit, which is the lead single of their new album, and the center piece to the forthcoming vinyl 7" ("Part II" - available online).


This is also floating around the internet -

(Detroit residents recently showed support for rate-hikes on the People Mover... ...the extra charge may even treat you to an impromptu performance...)

- keep up on the new songs filtering out from Cold Men Young as they prep their new LP (here's a taste).

...
And, just to show you another random video (with some local relevance...)


Although all the beach scenes are a tease for us northern-midwesterners currently bracing the early chill of autumn, we can still enjoy the live sounds of wonderboy (Zach Condon) of Beirut, when he visits the Royal Oak Music Theatre, Oct 11 - with tunes from his new album, The Rip Tide.
Posted by jeff milo at 1:59 PM