Damn… Ya know, I could’ve caught Ypsi-duo JUNGLEFOWL two weeks ago during the Hamtramck Music Festival. Granted, there were more than a hundred bands to see in less than 48 hours… But still… 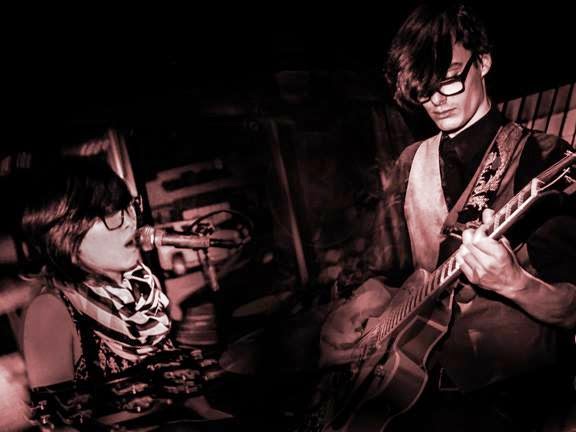 Check out this frenetic, fired up single they released earlier this month. Scintillating psyche-blues with pummeling garage-rocked drum slams, shifting tempos from a strutting pop-hook in its opening verses to a Sleater-Kinney-esque yowled-out, wall-punching chorus, only to slow it down for a bluesy, slithering solo.

As the lyrics suggest, the duo of Melissa Coppola on drums and Stefan Carr on guitar/bass, are certainly showing their teeth on this track, with the electrified-urgency implied when “…the show’s about to go, now!”

JUNGLEFOWL’s debut EP Strut, (produced by the essential Mr. Jim Roll,) comes out this Saturday (March 28th), with a release party at the Crossroads bar in Ypsilanti. (8 PM / $5)


JUNGLEFOWL: http://junglefowl.bandcamp.com/releases
Posted by jeff milo at 5:52 AM