Whether through previous collaborations like Nightbeast or Double Weirdo, Ypsi-based song maker Mac Starr has continually demonstrated a proclivity towards the nice and naïve-sounding melodies of bubblegum pop. But he’s not so much reviving or throwing-back to the early 60’s sound with that fx-shrouded shimmy-bop affectation to his excitable half-doo-wopped croon, so much as he’s applying his own signature mutation to a classic rock n’ roll sound, dousing a bit of distortion over the whole thing and keeping his riffs raw. 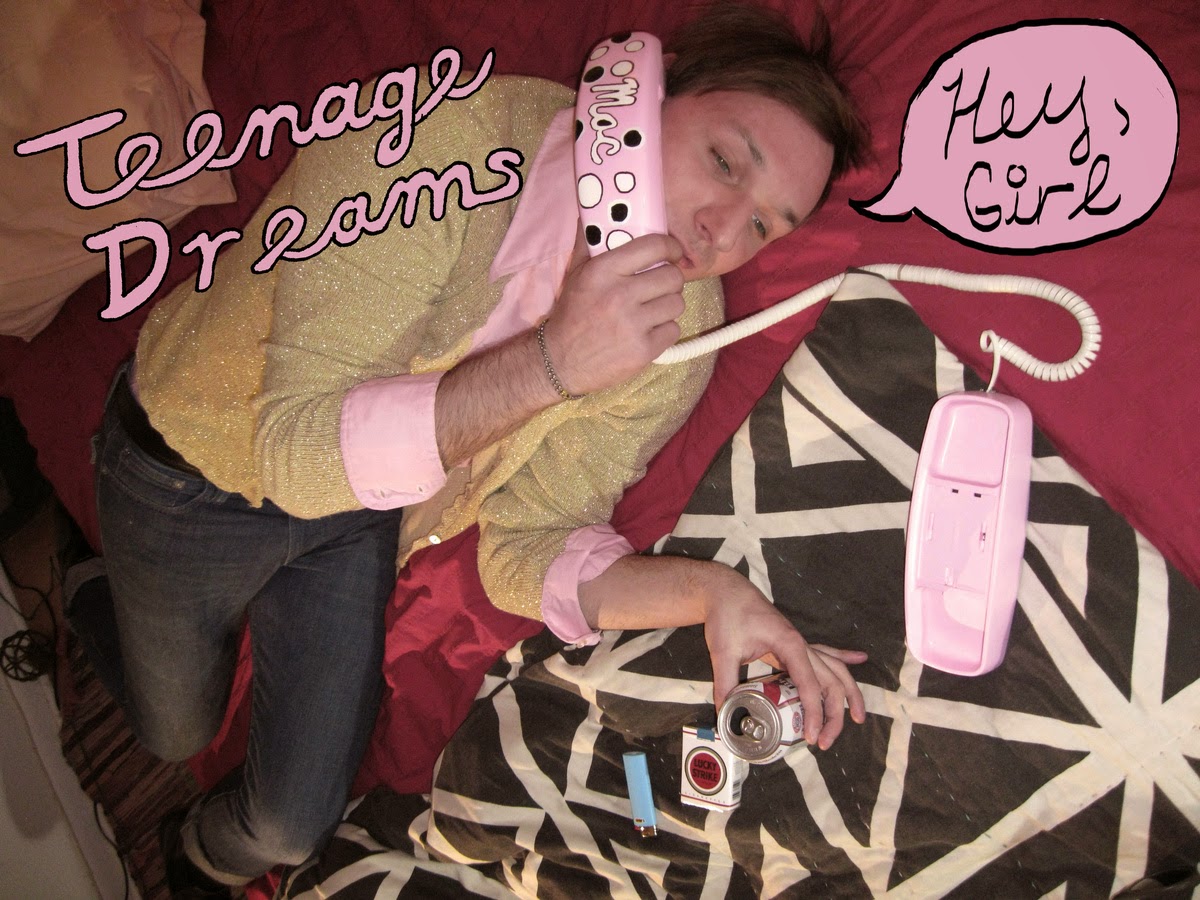 It makes sense, then, that Mac would dub these keyed-up blemish-baring lo-fi boogies to be “Teenage Dreams,” since rock n’ roll itself was the voice of/for/and by the youth. It also makes sense that this album would be picked up by Wiener Records, since it’s a subsidiary of California-based Burger Records; this kind of caustic charisma is their bed & butter.

There’s passion, awkwardness, standoffishness, there’s enthusiasm, there’s angst and there’s heartbreak – all of the myriad emotions, notions and commotions we all experienced as a teenager slumping towards adulthood. These songs span steam-blowing throttlers like “Please Stop,” gritty, atonal-yowls and smoldering psychedelia like “Why Can’t It Be? (Are We?)” and surfy/soaring synth-enhanced grooves like “Specific Locations” (this writer’s particular favorite).

Once you get through this EP, (his first as a solo artist,) you realize that Mac Starr’s take on pop/rock is similar to True Romance’s take on the boy-meets-girl genre… It’s a boy baring his heart and exorcising a few demons from his teenage days, days that aren’t so far away from him that he can’t tap back into their fun, fantastic fretfulness…  “Bin Diggers” might be the integral track; erratic time signatures, driving beats, howling chorus, expressing individuality through nostalgia for a certain kind of beautiful noise… And a xylophone. Why not?

http://www.wienerrecords.org/
Mac Starr
Posted by jeff milo at 6:35 AM