Power-pop embodies a youthful brio: a latch-lifting, door-kicking vitality that bulls its way into the late nights, heart on its sleeve, hungry for adventures, stepping on toes, falling hard, winning big and crystallizing a swirl of nostalgia and loyalty for places and friends... 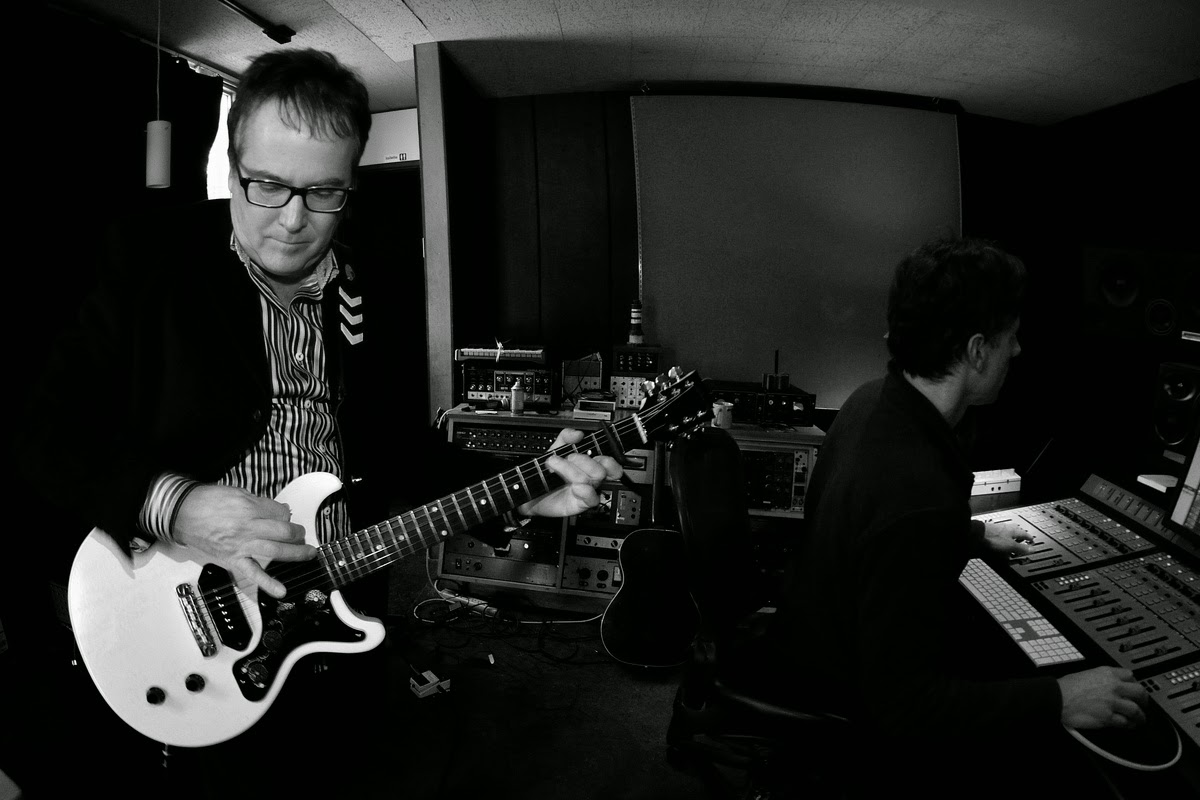 Guitarist/singer Nick Piunti joined his first band (The Dwarfs,) when he was just 12-years-old and kept at it for another 13 years before it broke up. What better time, really, to cut one's teeth on an inherently angsty and energetic form of rock music than when you're right there in thick of the tumultuous and defiant throes of teenagerdom?

Piunti, who fronted another fine pop outfit called The Respectables through the mid-late 2000's, would finally make his mark as a solo singer/songwriter in 2013, releasing 13 In My Head under his own name.

Through it all, he's honed his sensibility for riffy resplendence and major-key bursting janglers affecting all that propulsive elation I've eluded to, already, but on Beyond The Static, the vocals are sharpened with a sagely offering of caustic cautions to the now-younger indie-punks and aspiring pop-crooners against the "traps" of "just-because" mentalities guiding your decisions and dissuading anyone from getting caught up in the make-believe rivalries of scenes.

"In the present tense / hard to make much sense..." Piunti sings on the vigorous opener "It's A Trap."

On the slower-tempo "Head In The Clouds," Piunti belts a shuffling ballad against the senseless and the self-centered, a bittersweet swaying number knocking down the know-it-alls and the braggadocio that comes with rock n' roll. It's one of the more interesting pop songs I've heard in a while, in fact, lyrically reading it out almost makes it sound like a archetypal hip-hop track, deflating all the windbags with his hard-earned wisdom.

Throughout Beyond The Static, Piunti also emits a lot of heart with that heaving, high-ish voice that wheezes this charismatic bit of rust at the most emotive crescendos, while the guitars go from soft breezy strums to strutting jangles, surfy spills to more ferocious growls. A wide range for sure; go from "Head In The Clouds" to "Something's Wrong" and it sounds like two different groups...

Beyond The Static was produced by Geoff Michael and Piunti at Big Sky Recordings in Ann Arbor. Fellow Michigan-scene power-poppers like Chris Richards and Ryan Allen show up for back-up vocals while pedal-steel wizard Dave Feeney contributes some Americana-soul to a track. Richards, with Donny Brown (who also contributed to the album's tracks) will join Piunti live on stage this week with Todd Holmes on drums.


Just in time for the warming rays of springtime, Piunti's blend of throwback rock n' roll swagger, heartfelt indie ballads and cinematic power-pop kickers for the opening credits sequence of any of your forthcoming sunny days.